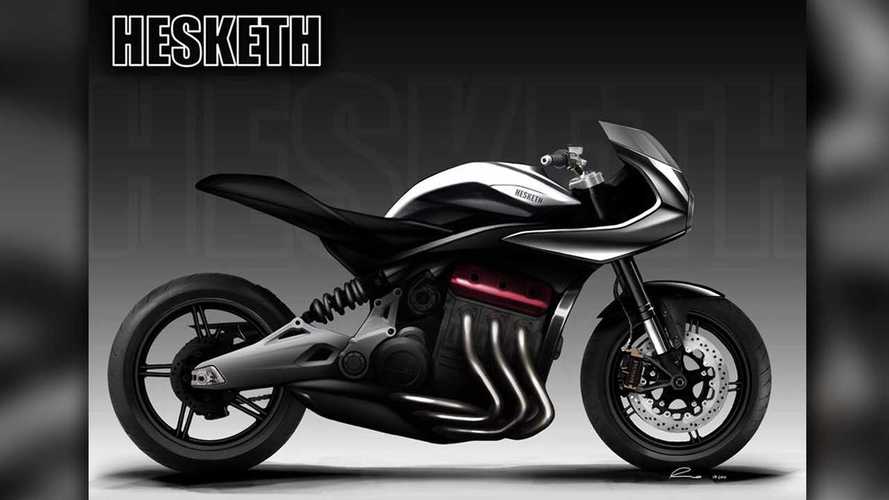 Betcha it would sound insane.

Have you ever heard of Hesketh? If you don’t you should because the British brand is producing some truly spectacular motorcycles. The quirkiest detail about its vintage-looking bikes is that the brand itself isn’t even 40 years old yet. Unlike other historical British brands, it hasn’t lived through some of the most important eras of motorcycle evolution. Yet, its designs are delightfully retro, but there’s about to be a shift. The brand is seemingly getting ready for a more modern aesthetic, underline by a supercharged engine.

Hesketh Motorcycles was founded by Lord Hesketh (how appropriate!) in 1982 to try and breathe some life back into the British motorcycle scene. Fast forward 37 years and English brands are now comfortably back in the game. As for Hesketh, despite a rocky road forward and a revival in 2010, it now produces some striking—and very premium—motorcycle designs.

The company has now shared on its Facebook a render of what could be the next addition to its limited lineup. While all of the models it currently offers run on V-twin engines, it looks like Hesketh is ready to head down the three-pot road.

The render is in stark contrast with the neo-vintage aesthetic the brand has been rocking for all these years, introducing a slightly more modern flare. The unnamed model is currently only at the stage of study—the brand even welcomes feedback from its fans on the design.

The most striking feature of the render is the inline three-cylinder parallel engine à la Rocket 3 with the three cascading exhaust pipes. According to the company’s Facebook post, the engine the model would be based on is a 1000cc block equipped with a supercharger—we’re playing in Kawasaki territory here!

Other features of the design include a single-sided swingarm, a chain final drive, what look like Brembo calipers at the front, an inverted fork at the front, and a single shock suspension at the back.

At this early stage, there are no estimated figures and specs being tossed around. All we have to work with is the render, but what a vision it is.