KTM Could Come Up With Five New 490 Twin Models 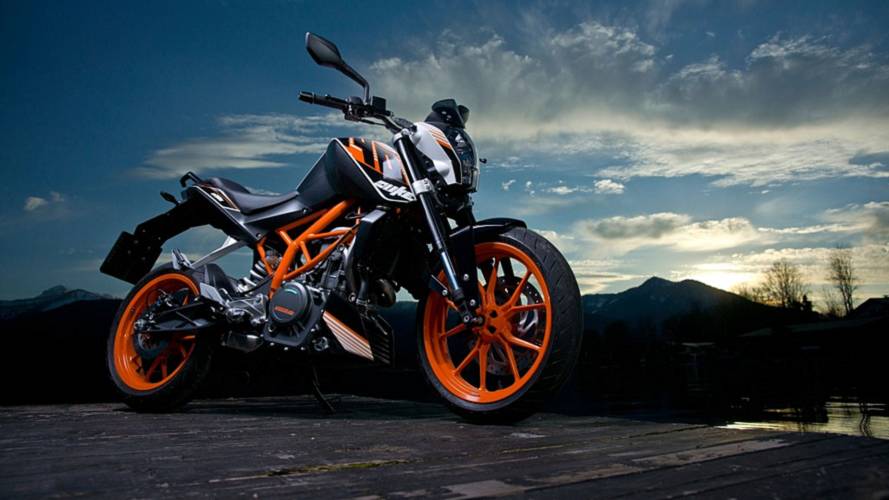 There could be a new twin in the works.

Less than a year ago, KTM and Indian manufacturer Bajaj Autos confirmed that they were teaming up. The Orange brand made the move to strengthen its position on the Asian market—notably in India—but also to develop small-displacement engines. According to an Indian source, the partnership is about to bear fruit and KTM could be about to add a lineup of five 490cc models to its collection.

According to Indian Autos Blog, the 390s are getting big brothers in the small engine category. KTM CEO Stefan Pierer has apparently already confirmed that his crew is working on a new half-liter engine. Now, rumor has it that the new mill will be used in not one but five models.

According to the source, the new engine will be a liquid-cooled, 490cc parallel-twin mill with an output expected to range between 55 and 60 horsepower. It is also suggested the cylinders will be equipped with four valves each, and the engine will be mated to a six-speed gearbox with slipper clutch.

The models expected are the following: 490 Duke, RC 490, 490 Adventure, 490 Supermoto, and a 490 enduro of some sort—the usual KTM players. The Duke, RC, and Adventure are expected to use a modified version of the chassis already in use in the 390s—a strategy to help supposedly keep the costs low.

While there is no 390 to spin off in the enduro segment, KTM would have the option of working with the frame of the existing 450 EXC-F or even the 500. Its biggest “challenge”, should the 490 engine come to be, would be in the supermoto family, only available with a 690 engine at the moment.  Some tweaking and downsizing would be required to accommodate the new mill.

Indian Autos Blog expects KTM to let us know more about its new line of bike at EICMA, coming in a month. Whether there’s any truth to this rumor or not is hard to tell—the media seems to have a lot of relevant information about the new 490. We’ll have to keep our eyes peeled once the Milan show debuts.