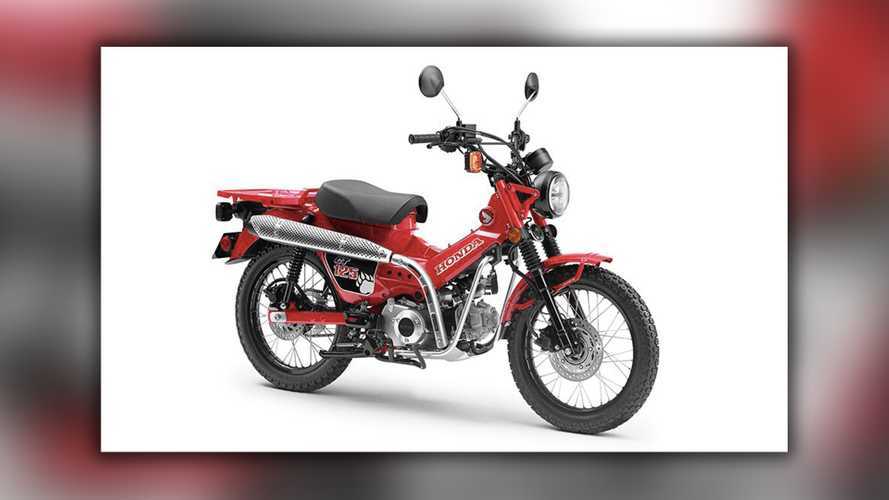 Slotted between Intermot and EICMA, the Tokyo Motor Show is gaining increasingly more global exposure. Companies—especially the Japanese giants—choose this platform over the European and North American ones to show some of its latest products. With globalization, we get to be as excited about what’s shown in Japan as with everything else companies unveil because more models are receiving the “global” tag. While it looks like we’re in for a very interesting lineup, Honda just added another layer to the Tokyo cake with the announcement of a new CT1250 concept.

What’s the CT125? It’s what happens when you turn the most popular motorbike in history, the Cub, into a scrambler. Honda has had a long history of producing these “Trail Cub” models—the series was introduced in 1964, a few years after the Cub. Last year, the company thoroughly updated the Super Cub, gave it a displacement upgrade, and brought it back to the United States.

A year later and the firm is getting ready to follow the Super Cub with its trail counterpart—though there is no word yet as to whether the model will be offered in North America. The Japanese giant confirmed the lineup of new models it will show at the end of October which includes both cars and motorcycles. On the two-wheel side, alongside the new CRF1100L, Honda plans to show the new CT125 concept.

The model is based off the Super Cub and adds a few off-road friendly features. The profile remains similar, but the design opens the engine compartment up, the exhaust is positioned high on the frame à la scrambler, the front wheel receives a more aggressive-looking suspension, topped with a steel front-fender, as well as a luggage rack at the back.

“While featuring a casual characteristic suitable for everyday use, the CT125 is positioned also as a trekking bike which is equipped with functions that enable the rider to enjoy it in the outdoors,” Honda says of the concept.

Hopefully, we’ll get to see this tiny scrambler make its way on this side of the ocean, maybe for 2020?