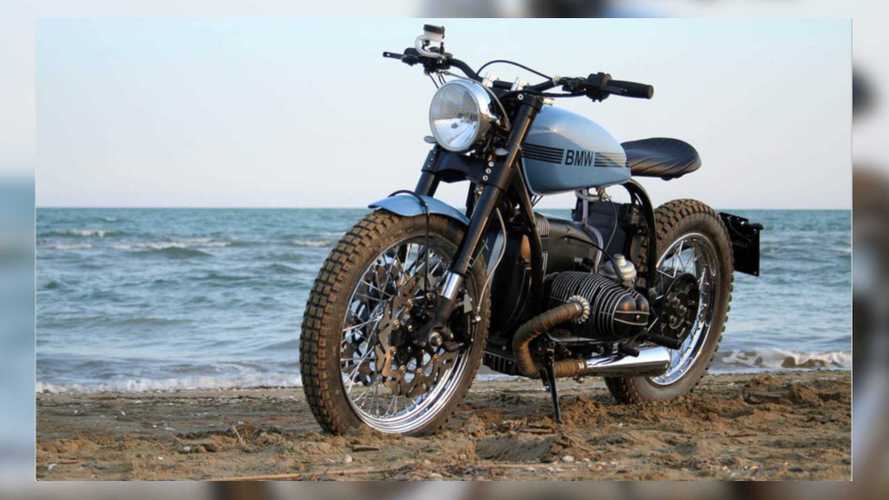 So clean you could eat off of it.

When you’re the kind of designer who makes their bread and butter executing concepts for the likes of Aprilia and Moto Guzzi, your fit and finish standards are going to be incredibly high. That’s exactly the case with Massimo Zancai, the man behind custom shop La Motocicletta. It’s also why this custom BMW R80ST looks as striking as it does.

Zancai, who was responsible for both the Aprilia RS 660 and the Moto Guzzi MGX-21, builds custom bikes to buyer specifications with La Motocicletta. Sometimes, though, he also builds a bike just for La Motocicletta, with no one’s aesthetic desires in mind but those of his team. This bike started life originally as a 1983 BMW R80ST.

Although closely related to the well-loved R80G/S, the ST wasn’t anywhere near as big a seller for BMW. As a result, the model was only produced from 1982 to 1984, according to Silodrome. Most of the engine in La Motocicletta’s custom build is made of R100 parts, in true stealthy understated fashion. The black powder-coated frame also helps with the ‘stealth’ bit.

Some modern but extremely tasteful upgrades were made. A new front end with adjustable USD forks, an adjustable monoshock and new custom mounts at the rear, and some nice twin four-pot Tokico disc brakes help this R80ST perform up to its potential for the modern era.

The true pièce de résistance, however, is that tank, with a fully integrated speedo gauge. Zancai wanted the tank to blend seamlessly into the design, with no externally visible mounting brackets. All wiring is tucked neatly away underneath, adding to the overall clean and tidy look of this custom R80ST.

This build isn’t about excessive bells and whistles, or being over the top—it’s about sleek, clean lines and stealth, on-demand power with modern performance. If it goes as good as it looks, it’s a very nice build, indeed.