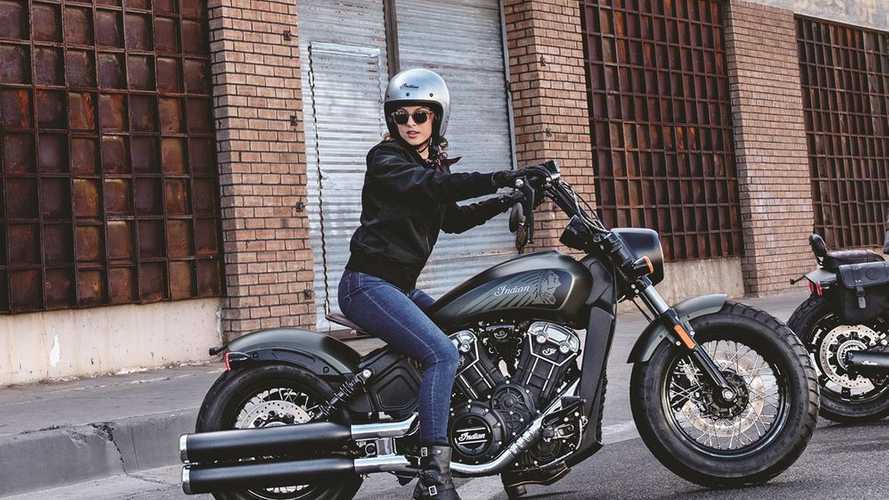 The future is female.

Female ridership has boomed in the past few years with the Motorcycle Industry Council reporting that women made up 19 percent of the motorcycle-owning public in 2018. That’s a  considerable jump from representing only 10 percent of the motorcycling community in 2009. With women fostering new communities around the sport, brands are offering more diverse gear and sponsoring events that promote sisterhood. One such event is the Women Riders World Relay (WRWR), and Indian Motorcycle recently announced that they are proud backers of the world tour—just in time for the American leg.

Hayley Bell, a motorcycle enthusiast from the UK, founded the WRWR to bring more attention to this often-ignored segment of riders. The global relay debuted in Scotland on February 26 and already passed through countries like Italy, Switzerland, Romania, Iran, india, Thailand, and Australia. The tour will conclude in the United Arab Emirates in February 2020, one year after the beginning of the world-wide journey.

On September 24, 2019, the relay will end it’s Canadian leg with a ride from Fredericton, New Brunswick. Riders will crisscross the St. John River before handing off the baton to their US counterparts at the St. Croix River crossing/border.

The US stage of the WRWR will consist of 18 legs over the course of 18 days. From September 25 through October 12, 2019, the route will wind through the northern states of New York, Ohio, Illinois, and South Dakota before cutting through Utah and Nevada for Southern California. After a stop in Los Angeles, the relay will tour through Colorado and the Southwestern states, ultimately crossing into Mexico from the Laredo, Texas border.

Indian’s involvement will help shape the US stretch of the WRWR with ride leaders piloting Chieftains and Roadmasters donated by the manufacturer. The route will also include a stop in the birthplace of the American company, Springfield, Massachusetts, for a visit to the Wood Museum of Springfield History, which houses the historic Indian Motorcycle Collection. On the fifth day of the US itinerary, riders will be treated to a tour of the Indian Motorcycle factory in Spirit Lake, Iowa.

“No matter gender, race, or religion, riding around the world is an incredible feat,” said Reid Wilson, Vice President of Indian Motorcycle. “We are proud to welcome and support our women riders and hope to inspire courage, unity, and pride for generations to come.”

As motorcyclists, it’s encouraging to see advocacy for diversity from such large companies. The more people that ride, the more products manufacturers can offer, and that’s a win-win for everyone. If the riding community and motorcycle companies can continue this momentum, maybe we’ll see another large increase of women who ride in the next decade.