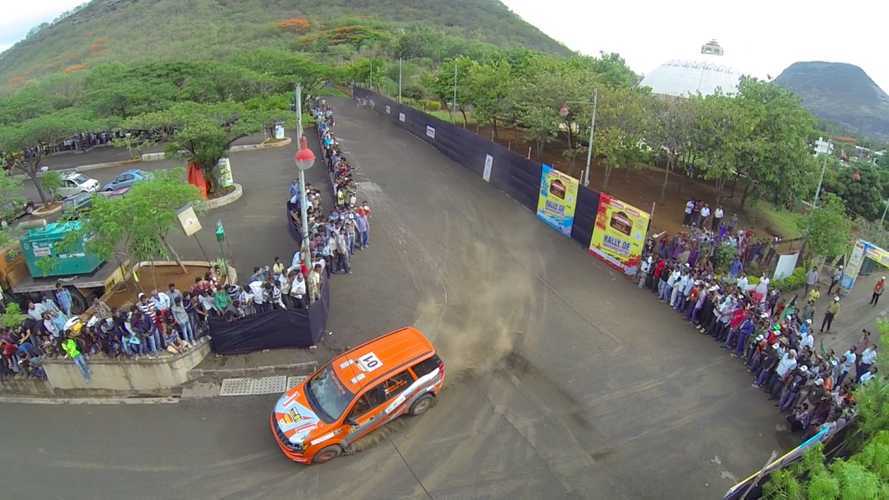 The fatal crash occurred on the first stage of an Indian National Rally Championship event.

Indian rally champion Gaurav Gill was involved in a crash that killed a family of three on the first stage of an Indian National Rally Championship event. The family was allegedly riding a motorcycle in the middle of the road when Gill came around a corner at 145 km/h (90 mph) and struck them, killing all three people instantly.

Keep The Rubber Side Down:

In most situations, a story like this would revolve around a reckless speeding driver who killed an innocent motorcyclist minding their own business. The difference here, however, is that while the race took place on a public road, it had been shut down to all traffic. The motorcycle should not have been on the road in the first place, specifically because rally cars would be racing down it at speeds well above the posted limits. As champion, Gill was the first competitor on the road, and the first car to encounter trouble from spectators entering the road when they should not have.

Rally events have numerous course and spectator marshals all along the stage to prevent people from entering the road. The motorcycle riders had allegedly argued with these marshals shortly before entering the roadway against their instructions.

As a rally enthusiast myself, I have volunteered to work at numerous events around the northeast US. The situation described here, while tragic, is something I have seen before, fortunately without bloodshed. Local residents who are prohibited from entering the road they live on can get rather unruly at times. Of course, notifications are sent and posted on the roads themselves well in advance of the event. Despite the legal authorization for rally organizers to close the road for the race, that doesn't stop spectators or local residents from trying to enter it anyway. I've almost been hit by an oncoming car that was not supposed to be on the road while driving the course opening car, which is the final check to make sure the course is clear before sending competitors into the stage. Needless to say, I personally canceled that stage of the rally.

We will not speculate on what safety measures may or may not have been in place at this particular rally event. What we do know was that after the crash, the spectators were livid, blaming Gill for the crash. Gill himself was hurt and transported to a local hospital, at which time the spectators actually confiscated his rally car. They also left the bodies of the family that was killed in the middle of the road as a protest and to bring attention to their needless deaths.

Although it would seem that Gill was not at fault for the crash, India Today reports that Gill and his co-driver, M Sharif, have been charged with culpable homicide not amounting to murder. The complaint was filed by a family member of the deceased, and claims that they were standing on the side of the road with their motorcycle, not riding down the middle of the road as The Indian Express and NDTV report. It seems it will take a great deal of investigation to determine what actually happened here.