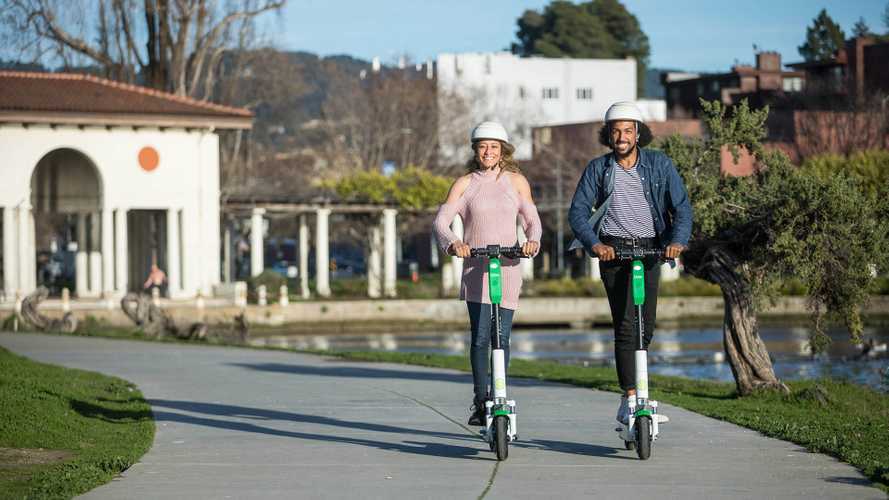 Gee Sabrina, tell us how you really feel.

Before you throw rocks at me, take a breather—I’m not ranting about legit e-scooters like the Vespa. What I’m hating on are those electric kick scooters that are spreading like leprosy across the continent and endangering the life of honest citizens.

Why Do People Keep Taking Electric Scooters On Highways?
⠀

Scooter ride-sharing programs are the worst invention since the Snuggie and pumpkin-spice lattes. Despite brutal displays of Darwinism at the helm of these license-free rides, cities continue to embrace the concept of putting clueless people on motorized vehicles capable of going at speeds of up to 20 mph. Without even a helmet.

Let me tell you a story about a Polish journalist who traveled halfway across the world to California to test ride attend an event. He never got to complete the program because as he was crossing the street near his hotel, some gumbo on an electric kick scooter ran him over. He landed in the hospital needing stitches and he wasn’t going to do any more riding.

That was last week, while we were hosted by Harley-Davidson in San Diego for the Low Rider S launch. The journalist had his thumb split open because someone ripping it down the street on his borrowed e-scooter was apparently not aware that a pedestrian at a crosswalk has the priority. And that, ladies and gentlemen, is a big issue.

That story is only one of the many that have given scooters a bad rep over the past few years. Remember these stories about a handful of monkeys on scooters following their GPS on the highway?

The problem isn’t the concept itself, the problem is the very obvious lack of training and information that should come with the responsibility of riding a motorized vehicle. Heck, the epidemic has even started spreading to Canada and the first few cities to have scooters roam their streets are already reporting issues with the users.

I’ll take the example of the city of Edmonton in Alberta where both Lime and Bird ride-sharing programs are being tested. The pilot started back in April and already, the mayor is commenting on how poorly things are going. Clueless riders zipping down sidewalks and not respecting the city’s regulations are already causing frustrations across the city only a few months into the pilot.

The companies trying to sell their ride-sharing programs to urban centers have good intentions. We all know the road to hell is paved with good intentions. One of the companies’s rep interviewed explained they try to inform users of the rules using stickers on their scooters and via their app.

Conveniently, the company didn’t release the number of incidents that involved its scooters since April, simply stating that the city of Edmonton has had fewer problems with scooter-related injuries than other cities. Whatever that means.

The city of Omaha in Nebraska was faced with a similar reality this summer as authorities started threatening scooter users with tickets if they didn’t get off the sidewalk. In other cities where the programs have been in place for longer, issues reported include scooters blocking handicapped accesses and broken down units abandoned in the middle of the way.

According to a survey by Consumer Reports, since 2017, there have been 1,500 e-scooter injuries reported in the United States. Injuries vary from broken noses to concussions because not only are the people not all aware of road regulations, they also usually don’t wear helmets.

People only need to download the app, subscribe, and they can get rolling. Who carries a helmet with them at all time? And who takes the time to read the agreements and the regulations instead of impatiently hitting “next”? Nobody is the likely answer to those questions.

So that means that what is probably a majority of uninformed and unprotected hooligans freely scoot around in some of the busiest urban centers in the country, oblivious to the rules of the road.

Not to mention that a lot of these riders aren’t very well acquainted with the physics of riding on a scooter (the small rubber wheels without any suspension don’t do well on bumpy surfaces, which directly impacts the steering, you need to keep a certain speed, like on a bicycle, to keep your balance without the same freedom of motion to kick a foot out if you loose balance since the weight is on the feet rather than on your bum, etc.).

I have yet to read adamantly positive reports about e-scooter ride-sharing programs. Maybe the cities and the mentalities regarding urban mobility need to dramatically change, but as things currently stand, scooters are a nuisance.

They put people, both riders and other road users, at risk because most of the riders have no idea what they’re doing. The companies supporting the different programs rushed into the game without addressing the fact that they are putting motorized vehicles in the hands of people who don’t have licenses. Some of these people haven’t demonstrated their understanding of road regulations and their ability to pilot a vehicle.

Until the companies come up with an efficient solution to make sure their riders scoot around safely, I’ll remain convinced that these ride-sharing programs need to be set on fire and sent back to the pits of Hell from where they come.