What If Royal Enfield Made A Scrambler? 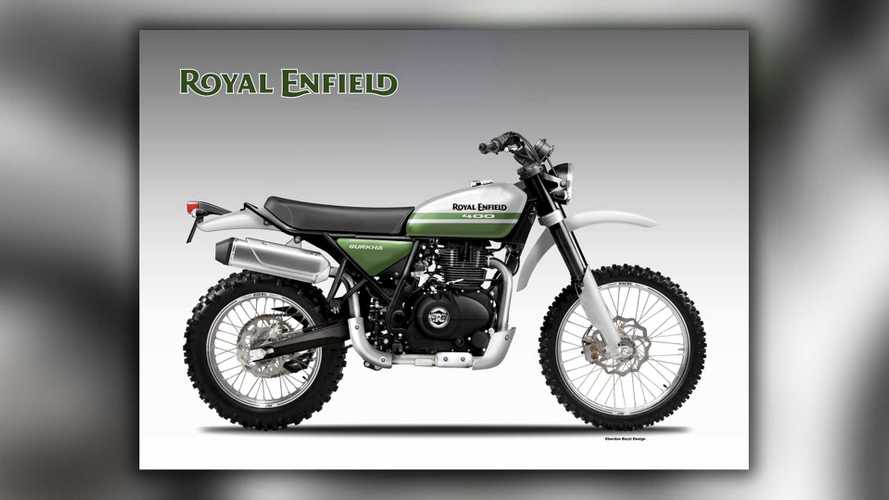 How 'bout it, Royal Enfield?

Royal Enfield has become a pro at retro-looking designs. Drawing from its own history, the manufacturer has been playing the neo-retro game better than most of its competitors with such models as the Bullet, and more recently, the popular Continental GT and INT650 Twins.

Even the Himalayan has proven its adventure chops at the hands of countless riders. While the brand has tapped into the most popular segments with the introduction of ADV and café racer-inspired designs, there is one leg of the neo-retro trend it has yet to tackle: the scrambler. So what would a Royal Enfield scrambler look like? Our man and favorite designer Oberdan Bezzi put pen to paper to help us visualize. Here’s a look at the imagined Royal Enfield Gurkha 400.

From the sound of it, Bezzi isn’t a fan of the Himalayan’s look. No, in fact, he thinks Royal Enfield needs something that’s more pleasing to a wider audience. He explains that his idea with the Gurkha 400 render was to design an off-road capable motorcycle more in line with the Royal Enfield aesthetic (admittedly, the Himalayan is a bit of a black sheep look-wise).

The imagined model is based on 70s enduro off-roaders for a proper gnarly scrambler. As a 400, the Gurkha would likely use the same 411cc engine as the Himalayan, wrapped up in what Bezzi believes is a more on-brand package. To accommodate its off-road purpose, the model would sport a high-set muffler, a skid plate, as well as a long-travel fork at the front. The look is completed with a flat saddle, maybe a braced handlebar (hard to tell), and knobby tires.

This is apparently how Royal Enfield should do off-roading. While I personally have nothing against the Himalayan, I have to admit that Bezzi’s scrambler vision has some serious sex appeal. So why not have both?