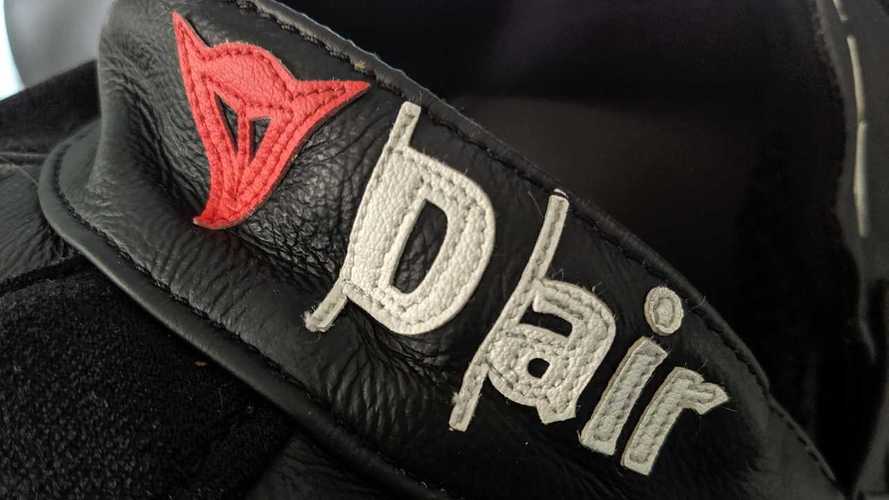 Finally, an airbag jacket for women.

How many conversations have you had in your life that included the sentence “Give me a minute, I’m charging my riding jacket”? If you decided to dive into the whole Dainese D-air hype, this is your new reality. Not that there’s anything wrong with it, but we’re far from the classic 70s leathers.

Airbag Technology For All:

The Dainese D-air technology has been available on the market for a number of years now. From humble beginnings in motorcycle racing, the technology became increasingly mainstream and made its way to the public market in 2015, starting with the Misano racing suit model.

A number of D-air models have joined the ranks since—all for men. This year, Dainese finally launched a women’s D-air collection, allowing us ladies to share in all the fun and protection and stuff. The collection includes three road jackets and a racing suit (or included—only the Racing 3 and the Misano 2 suit are currently listed on the Dainese Website). I got to put the Racing 3 model to the test and here how it all went down.

About The D-air Technology

The new line of D-air jackets equipped with the technology's third-generation system. The airbag itself is hidden inside the jacket. It wraps around the neck and plunges down the chest in an airplane float type of fit.

The airbag is teamed up with the D-air Brain—a sophisticated software able to analyze the data provided by the GPS, gyroscope, and accelerometer 1,000 times a second. In the event of a fall, the system is able to react and inflate the airbag in less than half a millisecond. Fibers located inside the airbag ensure an even distribution of the compressed air.

In addition to the airbag, the D-air Racing 3 is also equipped with a rigid dorsal protector, composite protectors on the elbows, and interchangeable aluminum shells on top of thermoformed pads on the shoulders.

While I’m usually a fan of synthetics for their more versatile and weatherproof characteristics, I have to admit that leather has a je-ne-sais-quoi that makes you feel like a million bucks when you throw it.

It took me a few tries to reach the million, though. The first time I put the jacket on was nowhere near what I expected. It felt uncomfortable compared to the jackets I’m used to. Keep in mind that the system meant to protect you is tucked inside a rigid dorsal protector. This makes the jacket technically safer, but also much less flexible than regular leathers.

The size I received is my usual Dainese size (be mindful that those Europeans like their sizing smaller than us North Americans), but until I eased my way into it, the jacket almost felt too tight. Ultimately, the leather softened up and the fit became more comfortable and easier to move in. From my personal experience, it just takes a bit of breaking in and getting used to. If you’re going to invest in a D-air jacket, keep that in mind before freaking out and going too big. There are no adjustment snaps or zippers to compensate for a jacket that's too big (or small).

Beyond the usual plug and play approach of 98 percent of motorcycle jackets on the market, this one requires a bit of prep. First, as I’ve mentioned earlier, the airbag system needs to be charged. The charger is provided with the jacket, like with a smartphone, which results in a rather surreal unboxing experience. The kit also includes a considerably thick instruction booklet.

Charge it.
Activate it.

Dainese also invites you to register your jacket online. There actually is a computer app to download off the Dainese Website that allows you to set up your new D-air jacket. You plug the charging cable into your computer and let the system sync with the app. The app allows you to register your jacket and activate it, but also lets you update the software and set the jacket in shipping mode, meaning that tossing the jacket around won’t cause the airbag to deploy.

Once your jacket is updated and ready to go, it’s time to (finally) put it on. You activate the airbag by closing the magnetic snap located on the jacket’s inner layer. An LED light indicator located on the outside of the left forearm indicates the D-air system’s status using color codes and sequences.

The one thing that curbed my enthusiasm about the Racing 3 is the finish. From afar, the jacket looks really good—if you’re into that whole classic Dainese aesthetic. The trimmings are nicely assembled and the design’s subtle intricacies definitely elevate the look of what could be a very ordinary leather jacket. The superimposition of black, grey, and in this case, fuchsia Tutu cowhide leather and black S1 bielastic fabric creates an elegant effect.

... doesn't this look a little flimsy?

Once you get near, however, it seems like some corners have been cut short. The best example of this is the trimming at the cuff that looks unfinished. The extension at the wrist is just a piece of untreated leather—I understand it keeps the material more flexible and easier to fold when you zip the cuff all the way down, but it also looks unfinished. It could have used a little extra tuck-and-stitch in my opinion.

I got to thoroughly test the Racing 3 on a road trip from Toronto to Montreal on a 2020 Zero SR/F, which meant spending 30+ hours traveling with the jacket. The first thing you notice when you lift the D-air for the first time is the weight. While Dainese has managed to reduce the weight of its jackets by 37 percent thanks to the new-generation D-air system, it remains heavy by motorcycle jacket standards.

Once you wear it though, you forget about it—at least I did. It’s like putting on a few pounds: if you weigh the pounds with your hands, you notice the weight. But once it’s on you, you don’t really feel it in the same and it becomes part of the weight you carry around.

The inside lining is comfortable—no scratchy spots and velcros anywhere that make the jacket uncomfortable to wear and move in. A panel of bielastic fabric replaces the leather on the inside of the sleves which makes it easier to fold the arms. There are no thick folds of leather pressing against the inside of your elbows and impeding your range of motion and your comfort.

There are no perforated panels on this jacket which means if you’re going to ride in the heat, especially in the city or in rush hour traffic, you might find it a bit too heavy. Similarly, when the temperatures go down, you might find it lacks proper insulation.

After a few weeks of testing, there are definitely more positives than negatives about the Dainese D-air Racing 3 jacket in my humble opinion. On the plus side, you add a layer of safety to your protective getup with the addition of an airbag system—a technology that’s proven its efficiency times and times again notably in MotoGP. The system is updatable which means its doesn’t become outdated as quickly. The jacket looks and feels really good. At this point in time, this is probably one of the safest pieces of equipment you can add to your collection (provided you can afford it).

On the downside, the most obvious obstacle is the price. Don’t get me wrong, I’m not saying it’s too expensive for what it is—I understand this is a premium product and that the technology comes at a cost. However, not everyone can afford a $1,299 jacket, no matter how good it is. For that price, some riders will prefer buying two jackets that fill a wider range of purposes instead.

In addition, as I’ve mentioned, the finish is a bit disappointing in certain places. It’s hard to tell at this point what impact this could have in the long run, whether it will get easily damaged or worn over time—this is based off the first impression. Finally, if you are sensitive to the weight of your gear, chances are you’ll find the Racing 3 jacket too heavy to deal with.

It might be flawed in some places, but the detailing is overall gorgeous.

In my opinion, being able to benefit from an advanced airbag technology on a motorcycle makes the jacket worth the price and weighs heavier in the balance than a few minor flaws. Weight is rarely an issue for me and from my experience with the jacket, it’s something I took very little time to get used to.

I understand this jacket has some particularities that might cross it off the list for some people. My recommendation to you is to go to your local Dainese dealer and try it on—I think it worth taking the time to consider. If budget is an issue, you should then check out the new D-air vest that you can wear under your current riding jacket. When it comes to motorcycle safety, we're never too safe.