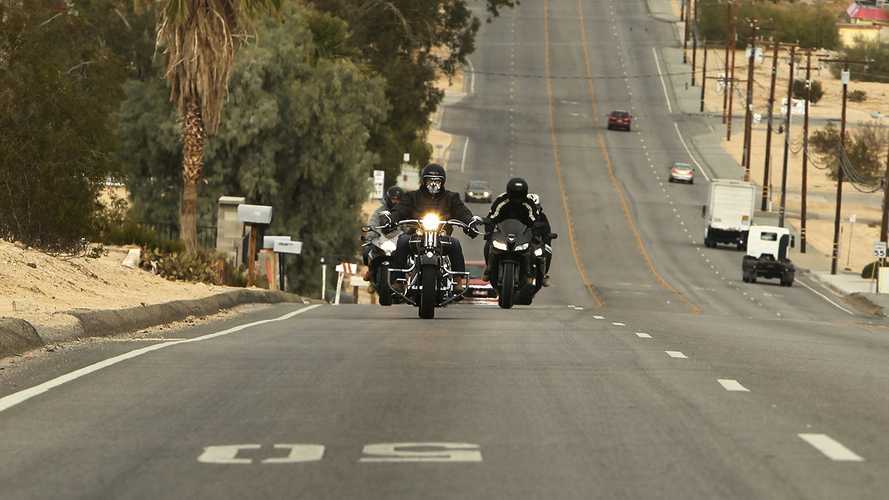 California and the EPA are going to court.

The deeper into motorcycles you get, the more likely it is that you’re familiar with the “California motorcycle.” The golden state has had stricter emissions standards in place than the rest of the country since the 1960s—a fact of which you’re probably aware if you ride. That means that bikes sold in California must meet stricter emissions standards than those sold elsewhere.

In a tweet on Wednesday, September 18, 2019, President Trump announced that his administration would revoke California’s legal authority to set its own pollution standards, for the first time since the Clean AIr Act went into effect. This announcement came after the state of California reached a formal agreement with Ford, Honda, Volkswagen, and BMW on stricter clean-car standards back in July.

For the past 50-plus years, the Federal Clean Air Act of 1963 permitted California to seek a waiver allowing it to set its own emissions standards. At the time, smog and air pollution was already becoming an increasingly severe problem in that state more than in others, so California sought to enact its own legally mandated remedies. Ever since then, the state has been filing to renew that waiver like clockwork.

The California Air Resources Board writes on its website that, “Under CAA Section 209 US EPA must grant California a waiver unless the Administrator finds that: California was arbitrary and capricious in its finding that its standards are, in the aggregate, at least as protective of public health and welfare as applicable federal standards; California does not need such standards to meet compelling and extraordinary conditions; or such standards and accompanying enforcement procedures are not consistent with section 202(a) of the Clean Air Act.”

What This Could Mean For Motorcycles

According to the US EPA, transportation is the country’s single largest source of greenhouse gas emissions. At least some of those emissions come from internal combustion-engined motorcycles—particularly in California, where there are more people and also more motorcycle registrations per capita.

However, as this very cogent analysis from Jensen Beeler at Asphalt and Rubber points out, the motorcycle industry is an increasingly global one. As Euro4 and Euro5 emissions standards—and the JEFTA (Japan Europe Free Trade Agreement)—have come into play, most motorcycle manufacturers that sell in the US have already adapted to stricter emissions standards. Therefore, the path forward seems clear, from their point of view.

After all, those manufacturers want to sell bikes, and it’s much easier and more cost-effective to concentrate on manufacturing models that meet the strictest emission standards, and then simply sell them everywhere. Although California’s July deal with a handful of auto manufacturers didn’t specifically involve motorcycle manufacturers, as Beeler also pointed out, three of them do have direct ties to the motorcycle industry. There is, after all, some inescapable overlap.

Ultimately, this internecine emissions standards legal battle within the US might not ultimately affect new motorcycles very much. Global emissions standard changes have already done most of the heavy lifting. It’s also worth noting here that legal scholars have serious doubts that the Trump Administration’s actions can succeed in court.