Winning Moto Photos Make Us Want To Ride Across Asia 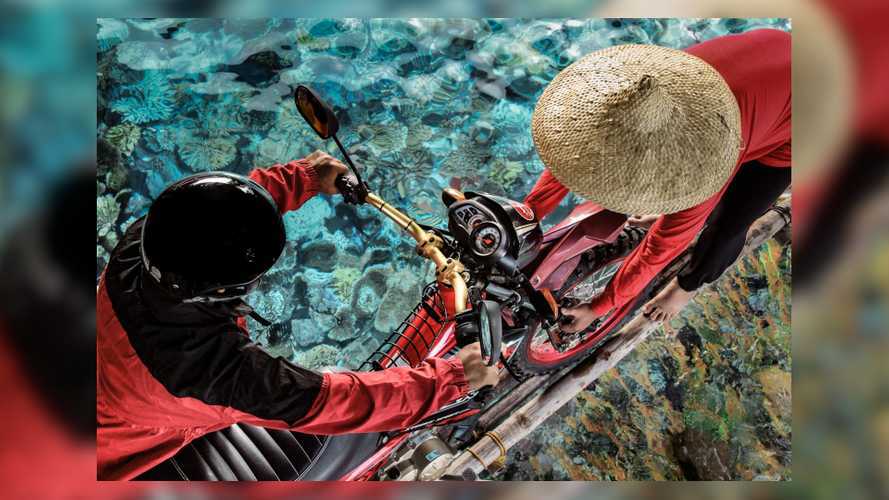 On two wheels is always the best way to travel.

How do you convince a large number of people to visit a place they’ve never been by motorcycle? You hold a moto photography contest, of course. To promote motorcycle tourism across Asia, regional industry group Motorcycle Development Program Participants Association did just that. In all, six cash prizes were awarded to the winners, which were just announced in early September 2019.

The winning photo for 2019 was Aldrin Cuadra’s “Across Islands,” featuring a rider walking his bike across a bamboo bridge to a boat to cross small islands in Palawan, Philippines. This breathtaking winning shot also took second place at a separate photography contest, the Federation of Asian Motorcycle Industries event in Bali earlier in September—and it’s easy to see why.

It’s easy to see that “Across Islands” totally outclassed the other winners, and took its rightful place at the top. I’m not sure why Christopher Andres’ “Adventure” didn’t score higher—but since I’m not a judge, I have no way of knowing. Congratulations to everyone who won—and if this doesn’t make you want to go on a moto tour in Asia sometime soon, I’m not sure what will.