Weekend WTF: Traffic Signals, Why They Suck, And How To Fix It 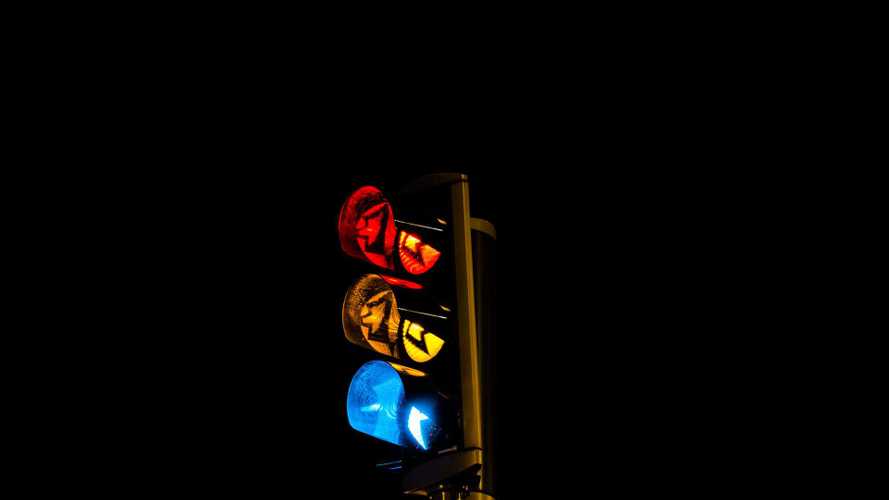 Spoiler alert: It's the sensors.

Ah, traffic signals. Far too often, they can be the bane of your existence—especially when you’re out riding. Think hitting every single traffic light on your way somewhere is bad? How about when traffic signals simply don’t see you at all?

It’s super frustrating, because there you are, riding your bike, probably enjoying your day. It doesn’t matter if you’re on your way somewhere specific, or if you’re just out for a fun weekend jaunt and exploring some great routes wherever you live. Either way, you’re there, aren’t you? So why the hell don’t those signals always see you?

How Traffic Signal Sensors Work (In The US)

Some of you inevitably know the answer, but for those who might not, traffic signals in the US primarily work using inductive loop detectors, or ILDs. If you’ve ever noticed those weird cuts in the roadway up toward the stop line, that are usually in either a circle or square shape, that’s the big wire loop with sensors for each direction of traffic at that intersection. They’re usually installed about two to four inches beneath the road surface.

Since you can see them, you can more easily position yourself to take advantage of them if you know how they work— and if they’re calibrated to sense your bike in the first place. Conductive material, such as steel, is what tells those sensors a vehicle is there.

Of course, that all depends on you knowing that they’re there in the first place. Since you ride a motorcycle, you’re probably more observant than a lot of car drivers. After all, you kind of have to be if you want to stay alive and make good decisions based on how other road users are misbehaving around you.

Cars have an advantage not because they weigh more, but because their conductive bits physically cover a larger area than that of bikes. As a result, they’re more likely to trigger those wire loop sensors. If there’s a car around, you might be able to wave it up so that the sensors can detect it—provided the driver understands what you’re trying to get them to do. Otherwise, you might be SOL.

That Sucks, But What Can I Do About It?

You can try mounting a magnet down low on your frame if your bike regularly has trouble triggering sensors, which can help. It’s no guarantee, but a little trial and error with where you mount it might also be in order.

Individual towns usually decide the sensitivities of traffic light sensors within their borders. If you notice that one particular traffic light that you always hit on your way to work never, ever sees you, you could take it up with your local government. Once again, your results may vary.

Apart from the problem of simple laziness, setting the sensitivity too high can apparently run the risk of false triggers for the light, according to the Federal Highway Administration. Additional adjustments—and perhaps some allowance for trial and error—might be necessary to get the sensor settings dialed in just right.

Some states also have laws in place that allow you to legally run a red light if certain very specific conditions are met, as an attempt to get around signals that might not sense your bike. A handy roundup of states that allow this from Business Insider is a few years old, so you might want to double-check your state’s current laws, just to be safe.

Finally, some traffic signals in large metropolitan areas work on timers, so they’ll eventually turn green and aren’t as much of a problem for bikes if you’re patient. There may also be other ways that traffic signals are actuated in other countries—if you have one, please tell us about it!