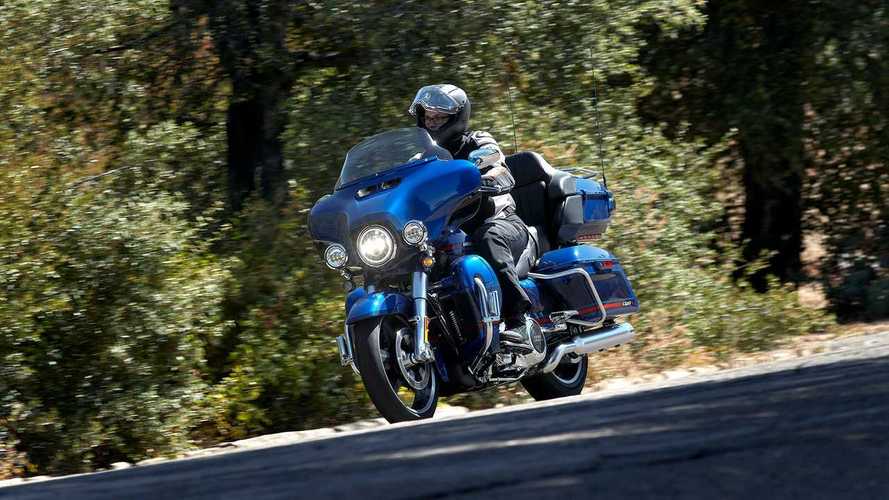 “I’ve never been on a Harley-Davidson”. That was me, last week. In over a decade of riding, I had yet to sit in the saddle of a Harley. Not that the occasion never presented itself—for a few years, my dad became a proud owner when he bought a shiny new Electra Glide Ultra Classic. He became the guy who asked for Harley t-shirts and sweaters from every big city we visited. One day, I’ll tell you about an adventure in Barcelona, Spain, trying to get him that stupid t-shirt.

While the brand is slowly trying to revamp its image by making a number of bold strategic moves, there’s still a bit of a way to go to completely turn things around. I personally never felt particularly connected to the brand. Some people my age are born into it and look at a Harley the same way I look at a Triumph—with a mix of lust and nostalgia. I respect that, but I’m not one of them. Harley and I simply don’t speak the same language.

Then, a few weeks ago, The Motor Company announced its 2020 lineup and with it came the official launch of the returning Low Rider S. Harley-Davidson invited writers from all over the world to check out the new model and to test ride the CVO lineup—yes, including the new trike. Director Jason asked me whether I wanted to attend the launch event hosted in San Diego, California. What a question, of course I did! It was about time I broke the Harley ice.

It’s Not Nearly As Bad As I Thought

The event unfolded over three days with two days dedicated to riding on idyllic canyon and mountain roads. Day number one was our introduction to the new Low Rider S (check for my review coming up on Monday) while on the second day, we got to work our way through the CVO lineup.

I’ll be honest: the morning of ride day one, I was both excited and nervous. Excited because I was trying something entirely new to me (if you’ve seen the type of bikes I’ve been reviewing, you’ll notice that I don’t lean towards cruisers very much), nervous because part of me dreaded having to haul those heavyweights around and dropping one them in the process. Which I did, but more on that later.

So. Many. Low Riders.

The Low Rider S ended up being a great introduction to the legendary brand. While it doesn’t qualify as a lightweight, the bike was easy to manage—easier than I anticipated. The same can be said of the handling. Harleys are far more flexible and easy to rock in the bends than I expected them to be. I even managed to drag the right peg while taking a bend with a bit too much enthusiasm. Granted, the pegs are low on the frame, but it proves the bike’s not afraid to lean in.

… But They Really Are Heavy

While my track record remained impeccable on day one, I can’t say the same about day two. With my chest puffed out with confidence after an excellent first day of riding, I started the second day in the saddle of the CVO Limited—a 900-lb monster tourer and the heaviest bike I’ve ever been on.

Guess what. I dropped it. I pulled a dreaded rookie move—while taking action shots of the motorcycle, we kept having to make u-turns with the bikes to ride up and down the road selected for the photo op.

On the second or third time I turned the bike around, I was maneuvering the Limited, balancing with my feet and slowly twisting the throttle to help me push the behemoth along. I cranked the head too far to the left, lost it, and gently laid the bike on its side. In front of everyone.

Thank god for crash bars. It took four people to lift it back up. The Limited got a few scratches on the crash bar and I got a few bruises on my ego, but hey—no blood, no foul.

I moved on to the fully-faired Street Glide, happy to leave the Limited to more abled riders. By the end of the day, however, I ran completely out of energy. Hauling these heavyweights around, combined with the residual stress of the early-day drop, depleted my mental and physical energy. I got a Road King for the return to the city, which was a more relaxing experience to end the day.

There Is Something Beautiful About It All

I had an epiphany during the first day of the event. We were all stopped on the side of the road to prep for our action shots. We were a group of ten riders on the Low Rider S, combined with a group of Harley people, all on bikes of their own. We were all gathered there with trunks flipped open, passing water bottles around, chatting in the scorching California sun with our gear nonchalantly thrown over our bikes. There was something genuine, peaceful, and beautiful about that simple moment. It could have happened on any other event, but for some reason, this particular one left an impression.

In that moment, I gained a new understanding of the appeal of Harley-Davidson. It’s not just the bikes, it’s also the community.

Would I go as far as to buy one? No. Not yet, at least. It’s too much bike for my (current) taste, it lacks the agility I seek, and while that Milwaukee-Eight is undeniably musical, it also produces a lot more vibration and heat than I’m comfortable dealing with on a daily basis.

On the flip side, I can safely say that they’re the most comfortable bikes I’ve ever been on—at least the CVOs—because after a few hours in the saddle of the Low Rider S, I felt the familiar butt tingle. They offer copious amounts of low-end torque, which makes them easy to toss around on winding roads. They’re spacious, too. Thanks to their massive cases, you can easily pack the equivalent of a full-size suitcase without having to worry about bringing too many pairs of shoes.

All dat space tho'.

Plus, there’s always an audience for a Harley. I stopped counting the number of salutes, and waves, and comments we got over the two days, and I’m not talking about fellow riders on their bikes, giving us the usual wave. I’m talking about pedestrians, construction workers, and drivers, who all gladly displayed their appreciation of our bikes.

I still don’t quite relate to the brand, or feel like we’re talking the same language. The company still has “an image”—which is both a good and a bad thing. After two days riding on Harleys, I think we understand each other a bit better now. If anything, this only makes me more curious about the Pan America which is the one Harley that’s up my alley. According to the folks at Harleys, the new model is on track to launch in 2020 so at last, I can say I’m a little bit excited about a Harley.

I had never been on a Harley-Davidson. Now, I get to act like I know what I'm talking about.