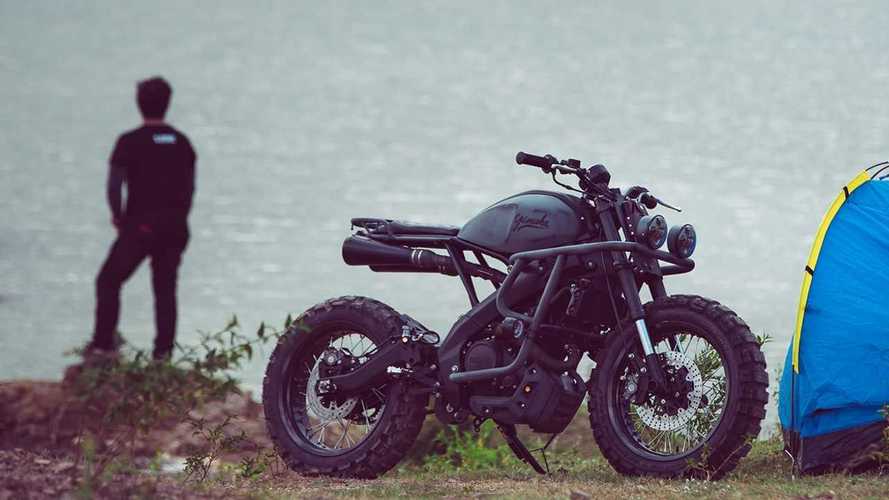 Millennial minimalism to the max.

Mini-bikes have swelled in popularity in recent years. The light weight and affordability of the models make them perfect for beginners and Millennials without a lot of coin to spend. With the battle between Kawasaki’s Z125 and the Honda Grom just heating up, the prevalence of sub-250cc motorcycles only seems to have increased with each riding season.

In places like Thailand, where small-displacement bikes reign supreme, custom shops have specifically catered to the segment for years. One such shop is K-Speed of Bangkok.

A Third Version Of The Kawasaki W800 Likely In The Works
⠀

K-Speed is best known for its recent Super Cub build. In conjunction with the model’s release, Yamaha Thailand commissioned the garage to transform a new XSR155 into something worthy of their past efforts.

Based on the MT-15, the XSR155 joined Yamaha’s Sport Heritage family and shared the neo-retro styling of the XSR700 and XSR900. While the bigger XSRs were both absent from Yamaha’s 2020 lineup announcement, the company already planned to restrict the release of the baby XSR to Thailand.

For this build, Yamaha only afforded K-Speed 30 days to customize the XSR155, so the team didn’t have any time to waste. They started by replacing the stock subframe with a custom unit, complete with integrated luggage racks.

Labeled the Trail Breaker, K-Speed took the name quite literally and outfitted the rig with a beefy skid plate and rugged crash cage. The additional fortification shielded the 155cc single, forks, and frame from potential off-road damage. Hipsters would rejoice as the hefty crash bars also helped to obscure the most modern part of the XSR—the SOHC engine.

Next, K-Speed added a set of tracker bars with minimized hand switches and retro-styled grips. To further enhance the little XSR’s dirt capabilities, they plopped dual-sport tires onto a set of spoked aluminum rims and exchanged the factory pegs with MX-style platforms.

With the XSR ready to rip off-road, the custom shop gutted the stock lighting and affixed a set of circular LED headlights and auxiliary spotlights to the crash bars. Of course, nestled between the two headlights, a leather-wrapped flask completed the front end—presumably containing Suntory Whisky for those ironical Millennials.

To soak up the gnarly terrain, K-Speed upgraded the rear suspension to a YSS monoshock. Though, we hope the added travel compensates for the pancake-thin leather saddle.

A custom one-into-two exhaust also threaded through the frame and exited at the tail section, lifting the pipes out of danger. The budget stock calipers were swapped for Brembo units to provide superior stopping power and brake feel in loose conditions.

The team decided to stick with the stock tank to retain the look of the XSR but they coated it in a gray primer with a distressed finish. The same treatment was applied to the crash cage and skid plate. K-Speed’s paint partner Artroom24 topped off the tank with a vintage script Yamaha logo—matching any Hipster’s expansive Goodwill t-shirt collection.

The Trail Breaker may be more style than substance, but you couldn’t deny that K-Speed knows its audience and builds beautiful bikes, even if it’s a mini.