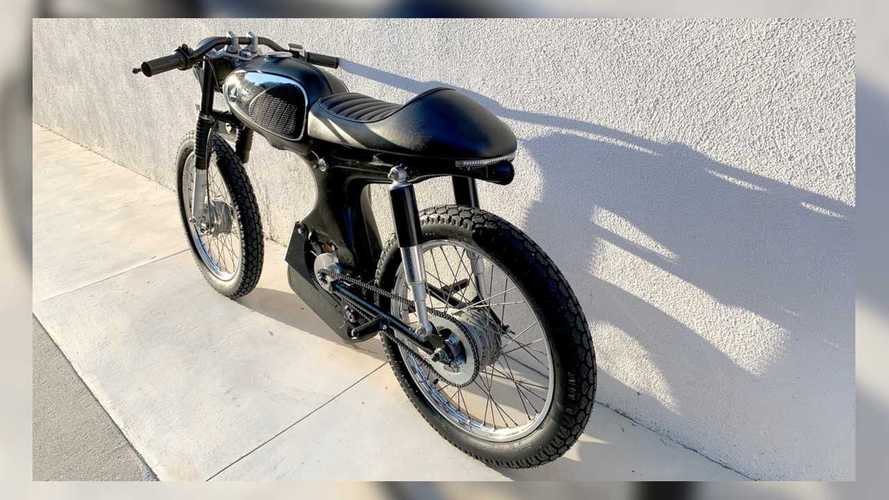 Turning trash into treasure is an amazing skill set to develop. Some people are preternaturally gifted like that, while others take time to hone those chops. Either way, the Deus Ex Machina ethos for its annual Bike Build Off is all about making the most with the least. if you’re particularly good at using those skills to build a bike, this can be your chance to shine on a global scale.

Deus gave 11 judges just one week to review the over 200 entries submitted for 2019—and together, they came up with a global winner for the year. That winner is Aaron Laniosz from Long Beach, California and his beautiful Electric Honda s90. He says that it “looks like the past and goes like the future,” and that’s probably the most accurate summary there could possibly be for this build.

The story, of course, is great. It’s the story of one guy, a studio apartment, a fateful Craigslist buy, and a dream. Laniosz had just moved to Long Beach, and naturally had decided that he needed a motorcycle. He found this seized 1964 Honda s90 that someone else had used as a parts bike on CL, and told the guy that he’d give him $40 for it if they could get it to fit in his car.

The seller, happy to accommodate this madman, took the front wheel off and the two successfully loaded it into Laniosz’ vehicle. At that time, he wasn’t sure what route he wanted to pursue—but he had some previous experience in building E-Go-Karts, so he had a few ideas about doing an electric conversion.

Although Laniosz had no access to any metal working equipment during the entirety of this build, he did have access to a 3D printer—and very importantly, also had some CAD modeling know-how because he’d been an architecture student at one time. Together with the help of Google and YouTube, Laniosz worked out each step and problem as it arose.

All told, the entire build cost $900. Perhaps even more impressively, it was completed inside Laniosz’ tiny studio apartment, with parts strewn everywhere that he literally had to step over every morning to go take a shower and get ready for work. It’s powered by a 48v 2000w brushless direct current motor and a 17AH lithium ion battery, and you just can’t beat a story like this for inspiration.