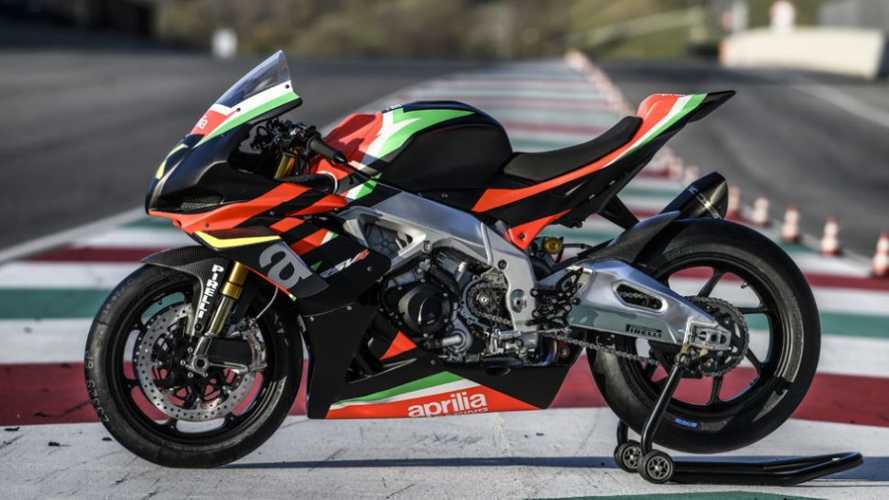 The first delivery took place, appropriately, on the track.

The first Aprilia RSV4 X is now in the hands of its owner, former MotoGP rider Max Biaggi. He immediately tried out his new bike in its natural habitat: the race track.

Aprilia RSV4 Vs Yamaha R1: Who Will Win?

The "X" in the model name stands for the number ten, which is exactly how many of this highly exclusive model will be built. The next one is earmarked for current MotoGP rider Andrea Iannone. Aprilia sure likes to keep it in the family, it seems. All ten bikes sold out within a matter of hours.

What makes this bike extra special is that it's prepared by Aprilia Racing rather than on a production line. The engine makes eight extra horsepower, bumping the total to 225. It weighs just 165 kg (372.5 lbs). It's the first Aprilia available with their ANN (Aprilia No Neutral) shifter, which places neutral below first gear to avoid that awkward 1-2 missed shift. It's also the first Aprilia to offer Brembo's GP4-MS calipers, which are machined from a solid block of metal.

Available accessories include track-only engine tuning, Akrapovic exhaust, front brake air vents, and aluminum racing levers. While the RSV4 X was introduced as a track-only model, other accessories such as mirror plugs and a license plate hole cover indicate that it may be possible to put one on the road, but why would you want to?

Another interesting accessory is an inverted racing gear lever, which would have you push down for upshifts, up for downshifts, and place neutral at the very top of the gear range. I can't imagine adding this and going against years of experience on other bikes, but to each their own.

Basically, this is a MotoGP bike that you can actually buy, except, well, you can't anymore. For the rest of us, there's always the RSV4 Factory.