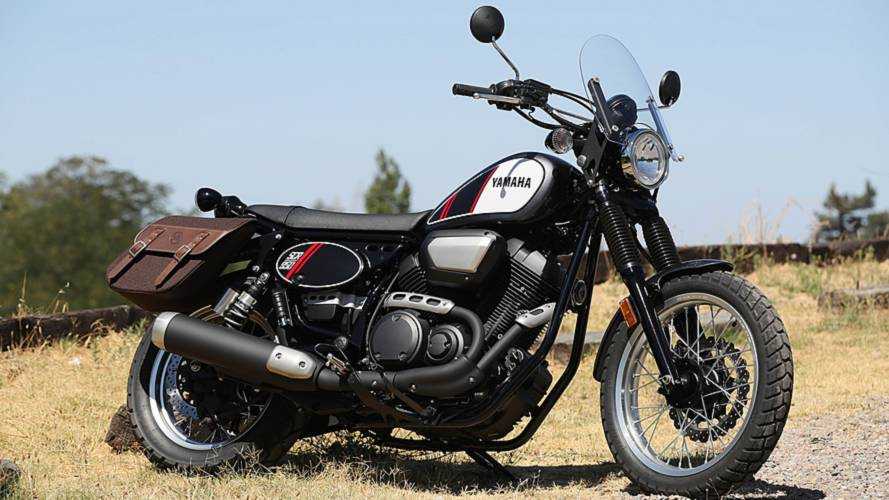 Two years is a very long time to have a bike in stock.

The Kawasaki KLR 650 Facebook group has been ablaze about a different dirt-oriented model recently. Despite being discontinued after just one year, members have discovered that one Missouri dealer is still selling the 2017 Yamaha SCR950, and for serious discount prices.

We liked the SCR950 when we reviewed it, in spite of a fact that it's based on the Bolt, a rather nice cruiser that is the exact opposite of what you want in a dirt-capable motorcycle. Cruisers are low, wide, and don't have anywhere near enough suspension travel to leave the pavement. Yamaha fixed some of this in the SCR950, but not all of it, expecting its riders to rarely, if ever, hit the dirt. This rather defeats the purpose of a scrambler, and quite possibly led to the model's rapid disappearance.

It's still a good motorcycle for street use, though. It can handle the occasional dirt road, and its scrambler styling can appeal to the KLR owner who appreciates dirt performance. One member of the KLR Facebook group discovered that Big St. Charles Motorsports in Saint Charles, Missouri, inexplicably still had several SCR950s in stock, two years after the model was discontinued. Even more surprising, you could buy one for the low price of just $2,999, nearly one-third of its original $8,699 sale price. Paying cash adds $400 to the price, but that's still a sweet deal, especially for what is still a brand new motorcycle. Used SCR950s are selling for thousands of dollars more. Several group members have flocked to this dealer to pick up their own. One guy even picked up three of them.

I'm not sure which is more insane, that Big St. Charles still has these in stock after two years, or that they are practically giving them away. Was the SCR950 really that unpopular? I admit that I don't recall ever seeing one on the road in my travels. I was interested in it when it was new and was disappointed at not being able to get on one at the Yamaha demo day I attended that year. I'm sure I'm happier with my KLR than I would've been with the SCR950 as a dirt digger. For that price on a new bike, which isn't much more than I spent on my fourteen-year-old KLR, it would be fun to pick one up as a commuter bike.

The most recent purchaser reports that Big St. Charles still has three SCR950s in stock. If you're near Missouri or are willing to make the trip, you, too, can pick up a good bike cheap.