This Vincent-Powered Custom Is A Rolling Metal Symphony 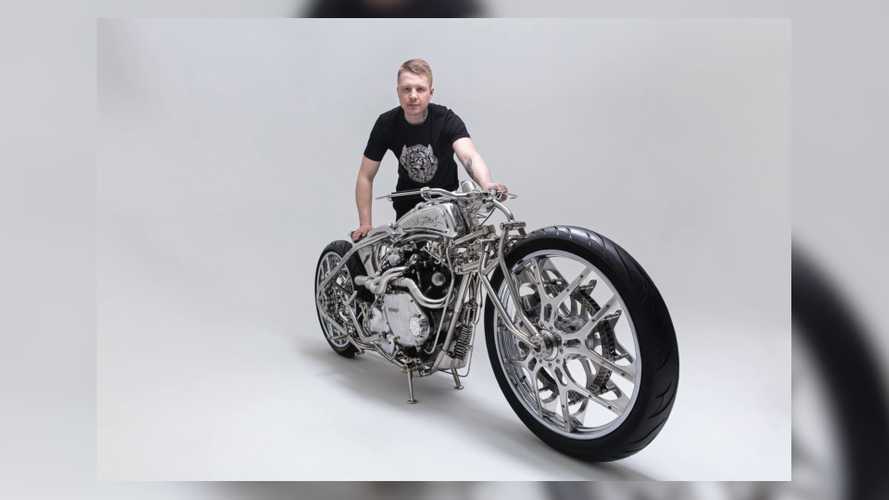 Just uttering the words “custom bike” tells you virtually nothing about the machine you’re about to see. All it really means, in essence, is that this bike didn’t come this way from a manufacturer. At what point does something truly become “custom,” though? While enthusiasts will likely be debating the answer to that question until the end of time, we do know this: Dmitry Golubchikov’s Vincent-engined beast probably epitomizes the phrase.

Golubchikov told BikeEXIF that he was inspired by the Vincent Black Lightning engine, so he obtained a brand new 1200cc replica engine built by JMC Classics, the producers of the modern Egli-Vincent bikes. From there, everything else is completely custom fabricated by Golubchikov.

He works under the name Zillers Garage, although he says that unless his build sheet gets too long, it’s mostly just him doing solo fabrication work. Before becoming a custom bike builder, he worked in high-end motorsports—which is where he developed his amazing skills. Absolutely everything apart from the engine on this bike is custom-made— even the brake pads, which use material reclaimed and repurposed from clutch friction plates.

This is a show-stopper of a show bike, and will make its world debut to the wider public in October 2020, at the AMD World Championship in Cologne, Germany. Until then, we’ll just have to make do with these beautiful photos taken by Alexey Sulima for Zillers, and eagerly follow ZG’s social media pages in hopes that he posts more. Golubchikov is currently the reigning AMD World Champion of bike building, so it will no doubt be interesting to see if he retains his crown.

As this video shows, this may be an incomparable piece of rolling sculpture— but thanks to that glorious engine, it of course sounds as amazing as it looks. That’s no small feat. For more details about the build, check out BikeEXIF’s piece.