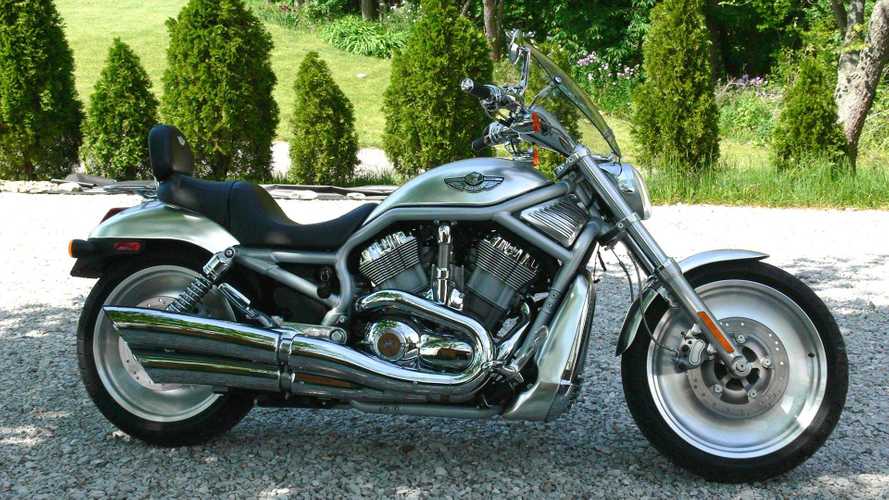 Harley-Davidson and its V-twins have had a long and fruitful history together—a history that started as early as 1914 when the company introduced its first big-bore twin, the F-head. To this day, the V-twin remains a staple for the brand, whether it's the mid-range Revolution X or the big Milwaukee-Eight. Back in 2002, Harley tried a little something different with its V-twin and turned to Porsche to help make it happen.

Picture this: American muscle-man Harley-Davidson working hand in hand with the epitome of German refinement, Porsche. As… weird as the pairing may seem, that's exactly how things went down at the turn of the millennium, some 20 years ago. This wasn’t the first time the two companies collaborated, but the result of this early 2000s cross-Atlantic partnership was going to be one of the most historically impactful: hence was born the V-Twin Racing Street Custom or V-Rod.

The model opened up an entirely new door for the manufacturer, better known for its Americana style. Rather than banking on an image and a legacy, the V-Rod brought contemporary and fresh new ideas to the Harley table.

The bike was built on a perimeter tube frame and used a number of aluminum components, including a swingarm and body panels. The exaggerated 38-degree rake angle, the quirky solid disc wheels, and stylized dual exhaust tips were a stark departure from the classic Harley lines. The bike even had a fake gas tank sitting on top of the chassis, used instead to tuck the airbox away—the actual reservoir was located under the seat.

“To fill up, you flip the seat on a hinge and then watch the reactions of people around you,” described Barry Winfield of Car and Driver. Everything in this design was about the look and the attitude rather than the tradition. The V-Rod didn’t need to shy away from being loud, powerful, and proud.

To power its muscle bike, Harley developed a water-cooled, DOHC 1,131cc 60-degree “V2” engine in collaboration with ze Germans. This design actually introduced the concept of water cooling and dual overhead cams to the H-D lineup. The beast—for its time—was rated at 115 horsepower and 74 lb-ft of torque.

The company’s exercise in style could have gone two ways: either become the new inspiration behind all the other Harley models or turn into a short-lived commercial flop. The V-Rod did neither—it actually created a niche of its own, parallel to the rest of the H-D lineup, and lived 15 happy years in the Orange and Black family. In fact, media and customers alike were both dumbfounded and fascinated with Harley’s innovation. So much so that the first batch of V-Rods to roll out of production sold out as quickly as it takes to say "V-Twin Racing Street Custom". While it didn’t cater to as large an audience as the rest of the Milwaukee products, it still worked well enough to stick around for a decade and a half, thanks among other things to the exposure it gained on the racing scene.

In 2007, a drag-racing monster dubbed the Custom Vehicle Operations V-Rod Destroyer, based on the production V-Rod was introduced to the strip. It managed to set a speed record with a 6.991 time on the quarter-mile.

Through the following years, the VRSCD evolved and versions such as the Night Rod and the Muscle were introduced.The engine also gained volume in the process. By the time 2017 rolled in, the V-twin boasted an increased displacement of 1,247cc.

Then, in 2018, the madness stopped. Harley-Davidson announced its official 2018 lineup garnished with 17 models—none of which was the V-Rod. Like an old shoe that had served its purpose, the V-Rod was dropped from the lineup without even as much as a thank you. Rumor has it the Euro 4 emissions standards were to blame. Or the dwindling sales. Or both. An era came to an unsuspecting end at Harley's.

Harley now banks on its CVO lineup to provide bikes with more bite. The V-Rod might be gone, but it is not forgotten. While the model might have dropped off the face of the Earth with much less ceremony than when it first appeared, we will always remember that time Porsche built an engine for Harley-Davidson.