This K100 Will Change How You Look At CVT Motorcycles 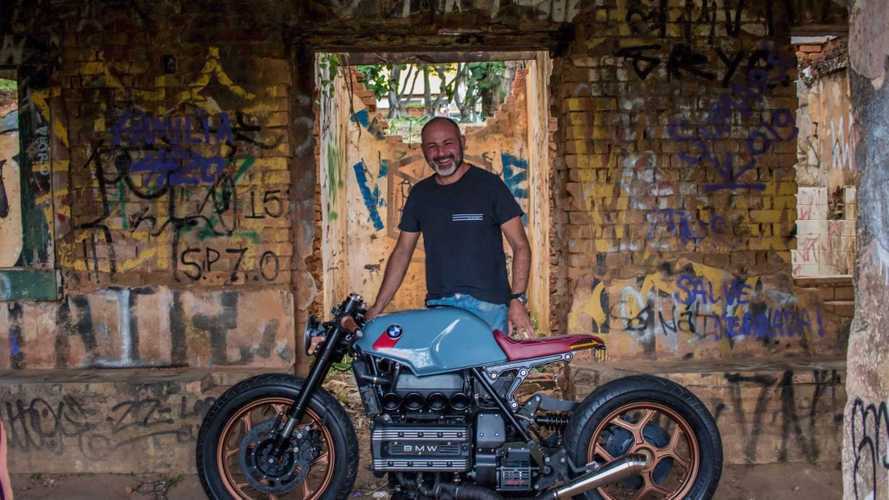 The motorcycling community has an ambivalent relationship with automatic transmissions. In the late-1970s, Honda’s CB750A Hondamatic only lasted 3 years of production. Yamaha’s FJR1300AE/AS and Aprilia’s Mana 850 GT haven’t been the most popular models in recent years, either. However, the lack of 2-wheeler adoption by younger generations is forcing manufacturers to re-evaluate public perception of automatic motorcycles.

Honda’s current lineup includes a bevy of dual-clutch transmission (DCT) models like the Africa Twin, CTX700, Gold Wing, and NC700X. In the electric market, Zero Motorcycles solely produces twist-and-go bikes while industry heavyweights like KTM and Harley-Davidson dip their toe in the electric current with the Freeride EX-C and LiveWire. Due to an aging customer base, OEMs would do well to consider more options for those with disabilities and that’s exactly what Brazil’s Retro Rides did with their latest BMW K100 build.

Automatic for the People - The Self-Shifting Motorcycle
⠀

Which Is Better: Factory Or Aftermarket Automatic Transmission?

Riders with disabilities are typically relegated to three-wheeled options like Can Ams, Urals, or Harley-Davidson Trikes. For those partial to two wheels and cafe racer aesthetics, there aren’t many/any options. Gustavo Lourenco of Retro Rides in Brazil aimed to rectify the lack of choices for this underserved community by creating a bespoke continuous variable transmission (CVT) for a BMW K100 cafe racer build.

“This automatic BMW K100 cafe racer was built to enable a person who has a physical problem in the left leg to realize the dream of having a cafe racer,” said Lourenco. “He is unable to ride bikes due to his physical condition and inability to use his left leg, but his love for bikes has never diminished.”

Lourenco and his team are no strangers to BMW rebuilds. Retro Rides has developed a system for building world-class K100-based cafe racers and the custom shop sells an ebook to aspiring builders worldwide. A portion of the proceeds from ebook sales go to Amigos do Bem, a charity that develops commerce and education in North Eastern Brazil. That revenue also helps to fund projects like the CVT K100.

Aside from the CVT transmission, Retro Rides decked out the K100 with inverted forks, LED lighting, a billet subframe, and a custom monoshock single-sided swingarm. But the fine details of the design seem less important when compared to the accessibility the build provides.

Describing the customer’s joy, Lourenco said, “he cried, and made everyone in the workshop cry too, it was really exciting and I will never forget that moment.”

Maybe if more manufacturers could see the impact of inclusivity they would offer automatic options more readily. Only time will tell if the public embraces CVT technology this time around, but Retro Rides’ K100 illustrates that change is possible.