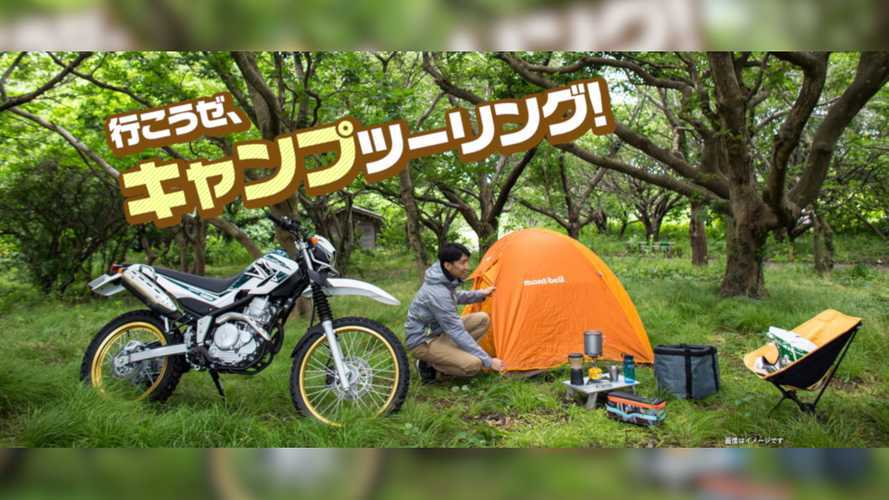 Only in Japan for now. Will this program expand? Here's hoping.

Motorcycles and camping go together like peanut butter and jelly. Yamaha knows all about this connection, and is doing something to facilitate it in Japan. If you’re planning to rent a Yamaha bike from one of five different locations, the manufacturer has teamed up with camping equipment rental company Tental to offer a special Touring Camp Set as an add-on option.

Get Away From It All:

Maybe you’re interested in moto camping, but haven’t decided to go all-in yet. You want to do the smart thing and try it out first before splashing out a bunch of money on equipment. If that’s you, then this might just be the perfect solution.

Each Touring Camp Set contains the following equipment, suitable for one person. If a second person is going with you, they’ll need to obtain their own Touring Camp Set.

Personal space is at a premium in Japanese metropolitan areas, so this also makes a lot of sense if you only go moto camping once in awhile. With a service like this, you don’t have to worry about where to store all your camping equipment for the rest of the time you’re not using it.

Yamaha and Tental have some important rules to follow if you partake in this adventure kit, though. For example, lighting any kind of fire inside the tent is strictly prohibited. Both companies also remind you to take appropriate precautions when parked so that your bike does not fall into the tent.

This pilot program will run from September 2019 through February 2020, and is available through the five YSP locations in Aomori, West Tokyo, Oita, Sendai, and Fukuyama. Yamaha hasn’t made any mention of expanding this program beyond the trial period, but presumably if all goes well, it might consider it.

There’s also no specific reason to think that Yamaha would consider launching such a program in the US, but it’d be awfully nice. There are plenty of companies that specialize in camping equipment rental across the country, so it’s just a matter of coming to a cooperative agreement.