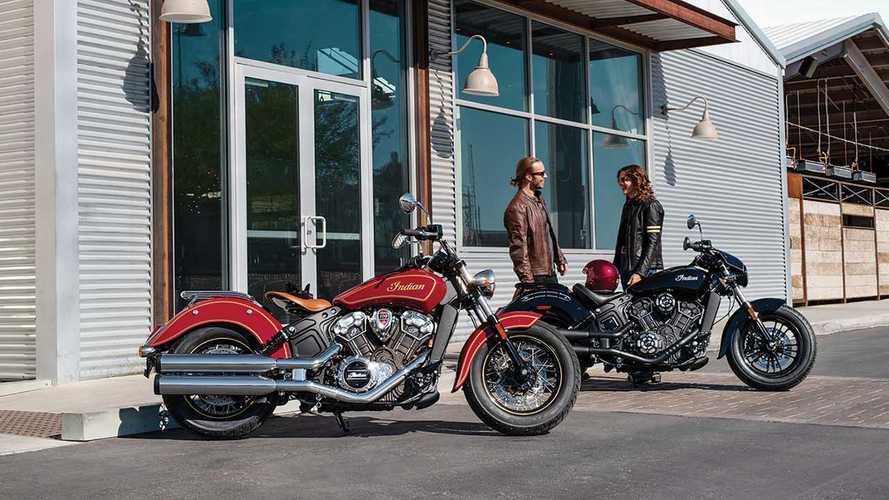 Indian Motorcycle is celebrating 100 years of the Scout in 2020, a milestone not many motorcycle companies have been able to reach. For the occasion, the company has added two new special editions of the Scout to highlight the jubilee.

We actually had a hunch they were coming. As we documented earlier in August, two new “100th-anniversary” editions of the Scout were listed in the California Air Resources Board (CARB) filings. It was a very obvious hint at the addition of the celebratory editions of the model to the upcoming lineup.

Indian has now confirmed our suspicions with the official launch of its 2020 Scout lineup—including the limited-edition Scout 100th Anniversary and the all-new Scout Bobber Twenty. “100 years is an incredibly special milestone, and it made perfect sense to honor Scout’s history and legacy with these two heritage-inspired 2020 models,” commented Reid Wilson, Vice President for Indian Motorcycle.

The Scout 100th Anniversary sports a livery inspired by the original 1920 Scout—the dark red paint decorated with golden pinstripes and accents. Other features of this special edition include 100th Anniversary badging, a tan leather saddle, the black spoke wheels, a braced handlebar, luggage racks and of course, plenty of chrome to check out your reflection in. Only 750 units of the 100th Anniversary will be produced worldwide. Pricing has been set at $15,999—not the most expensive limited edition we’ve seen.

The Scout Bobber Twenty is officially part of the 2020 lineup—no limited numbers on this one like with the 100th Anniversary. The Twenty—for nineteen twenty—is a bit of a different homage to the Scout, taking the bobber style a step further down memory lane. The model is offered in your choice of black, metallic red or matte forest green livery. The standard model is available with ape hangers, a brown leather floating saddle, spoke wheels, and blacked-out exhaust tips. A collection of accessories allows you to modify the look of the bike slightly with the addition of more chrome surfaces. The Bobber Twenty is offered standard (non-ABS) at $11,999 or with ABS at $12,899.

Of course, the three Scout models we’re already familiar with are also returning for 2020, clad in a new choice of colors. All three versions of the Scout receive a few minor upgrades including new floating brake discs, calipers, and master cylinder. The Bobber lineup also receives a set of Pirelli MT60RS tires and the Scout, a new sport seat and passenger footpegs.

To allow buyers to personalize their Scout and improve their bike’s versatility, Indian also launches a collection of accessories that includes new exhaust and muffler options that improve the bikes' performance, a quick-release fairing, a solo luggage rack and rack bag, semi-rigid saddlebags, a rider comfort seat, bar-end mirrors, tinted windshield, different handlebars, and much more.

The new Scout lineup is now up for grabs, including the two new special editions.