Riders You Should Know: Brenden Macaluso Of Common Motor Collective 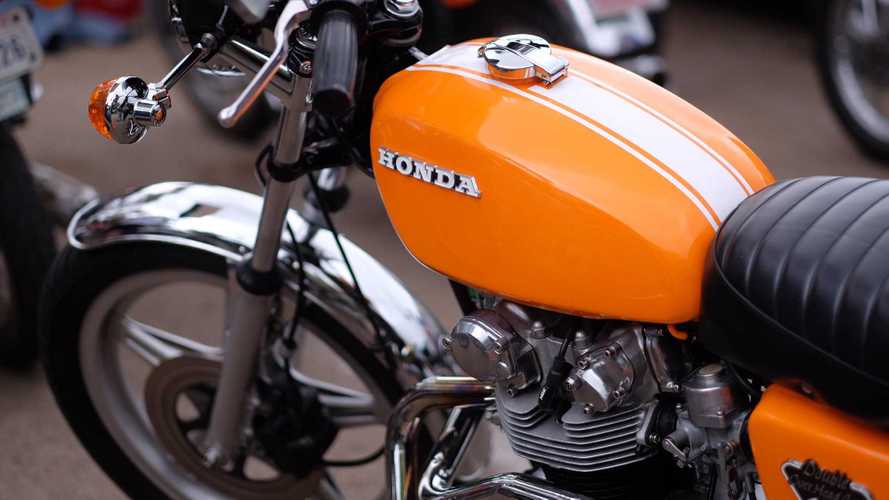 The little old bike shop from Texas has some big plans.

Way, way down in the Republic of Texas, there's a guy named Brenden Macaluso. An industrial designer by trade and a gearhead by inclination, Macaluso is a man on a mission—to get as many vintage Hondas back on the road as possible. To that end, he founded a shop called Common Motor Collective in Houston. So, what is Common Motor Collective? Read on, friends.

CMC provides new, high-quality parts for late-60s and 70s-era Honda CB350, 360, 450, and 500 twins and the CB500/550 fours. This includes all the scrambler (CL) variants as well as weird stuff like the old CB500T Brown Bomber (a bike made for just a single year that nobody liked). Every part CMC sells is thoroughly tested by Macaluso and his team, and many are made specifically for CMC to Macaluso's exacting specifications. CMC even designs its own parts, including the Shockwave electronic ignition I put on my trusty old CB450.

Common Motor isn't just a parts and accessories supply house. In addition to all the bolts and wheels and cables and gaskets and whatnot, the company hosts a YouTube channel packed with how-to videos and reviews. The videos, the majority of which are done by Macaluso himself, range from the relatively simple (how to choose the right battery for your bike) to downright complicated (rebuilding a CB450 engine). They're easy to follow and the parts and techniques are clearly shown and explained. I recommend the CMC channel to anyone working on old Hondas.

Now, before I get any farther into this story I need to tell you guys a couple things. I've been a CMC customer for a while now, ever since I started working on the CB450. I've purchased tons of parts from them over the course of the past six months or so, and I've been super happy with every transaction. Notice how I said purchased up there? No one is paying me to say any of this, nor did Brenden contact me to do this interview. I'm writing this to let people know how to get their old Honda back on the road and to pay Brenden and crew back for the fantastic service and free info they've provided me. This ain't a paid spot, capisce? Good, now let's get back to the story.

A couple of weeks ago I had the pleasure of sitting down with Brenden for an hour or two to talk about Common Motor Collective. Mostly I wanted to know why. Why Hondas? Why those specific Hondas? We also talked about the company's history, its mission statement, and what Macaluso plans next.

Brenden Macaluso: I don't have a concrete mission statement, but the ongoing mission of Common Motor is two-fold: a motorcycle side and a design side. The first part of our mission is to get as many of these old bikes up and running and on the road as possible, and to help as many people as we can learn how to take care of them.

The second part is beating obsolescence. These bikes were the pinnacle of industrial design in the 70s, but now they're considered "obsolete". What makes a bike obsolete? The lack of support, knowledge exchange, and parts supply. If you can provide those things to people, the bikes cease to be obsolete and can be ridden like they were designed to. That's what we do.

JM: Right on, that's a pretty laudable goal. Why just Hondas, though? Why this specific range of Hondas?

At that time, there wasn't really any support for the 360. I checked online and couldn't find much in the way of parts and there weren't any how-tos, so I fell back on my old mechanic skills and headed for the junkyard to pull old parts. I ended up combining those parts and some things I bought on eBay to make what should have been a parts bike into a running bike.

As I worked on it I noticed that there wasn't a lot of information out there either. Most people I talked to didn't know anything about the 360. I learned a lot from wrenching on my bike, and a couple years after I got it running I ran into a guy during a ride who asked me if I could work on his bike and teach him how to fix it. I didn't really want to, so I told him to show up at my shop with the bike and a hundred dollars the next week and I'd teach him. I figured I'd never see him again. The next week he showed up at the shop with the bike and handed me a hundred dollar bill and said, "Teach me."

That's how it started. I realized that there must be a demand out there for help with working on these old Hondas. I put an ad on Craigslist offering to teach people to work on their bikes and it blew up. I was even going to people's houses with a toolbox to teach them how to wrench.

As I got more into it and tried to buy more parts, I discovered that the supply chain for these bikes was weird. There's no real NAPA equivalent for motorcycle parts, especially for these old bikes. It was even difficult to find parts for some newer bikes built in the 90s and 00s. That's when I realized that the need was more parts than service-oriented.

So, all these things came together to form my philosophy. I decided to build a motorcycle support base and I started with the 360 because I had it. I started off with a small eBay store with about six parts in it and just grew from there.

JM: The thing that really attracted me to Common Motor in the first place was the quality of your parts and the control you have over your supply lines. I bought a set of brake shoes for my CB450 based on the fact that you said you'd gone to the factory and chosen those specific shoes and ran them on all your bikes. How do you find these parts and how do you choose them?

BM: Well, our parts come from all kinds of crazy places. There isn't a formula for choosing the parts per se, it depends on the nature of the part. Some parts have been available for a long time but the demand hasn't been there. They buried in the back of some paper parts catalog most of the time. I'll call a distributor up and ask if they have such and such part number and they'll be like, "Sure, we have thousands of those!" As we find these parts we test them out on our own bikes to make sure they're right and that they fit. There's nothing worse than buying a part only to discover it's not quite right and you have to either return it or modify it.

At this point, we work with all kinds of manufacturers and distributors. We have good relationships with them, and they know that if something isn't good or it's not right I won't sell it. It allows me to control the quality and make sure everything I sell is right. If a part is wrong or bad quality, I don't want to put it in my bike, why would I ask someone else to put it in their bike?

JM: So, my final question is what's next for Common Motor? What are your plans for the future?

BM: Well, next up is support for the CB175s and 200s. We currently have a couple of R&D bikes here at the shop that we're working on. Fitting parts to and everything. As for the big picture, I want to expand our support for the existing bikes with new and more comprehensive parts selections. Eventually, I'd like to stock enough parts that, if you have a frame,  you could build a whole motorcycle with just the parts that we carry.

So there you have it. If you're working on an old Honda I highly recommend you check out Common Motor's parts selection and the YouTube channel. Brenden and the crew have a really great thing going down there. The service and support is phenomenal, everything a retailer should aspire to be. Hell, there should be more real brick and mortar stores like Common Motor. Not they just need to start supporting mid-displacement, 70s Yamahas.