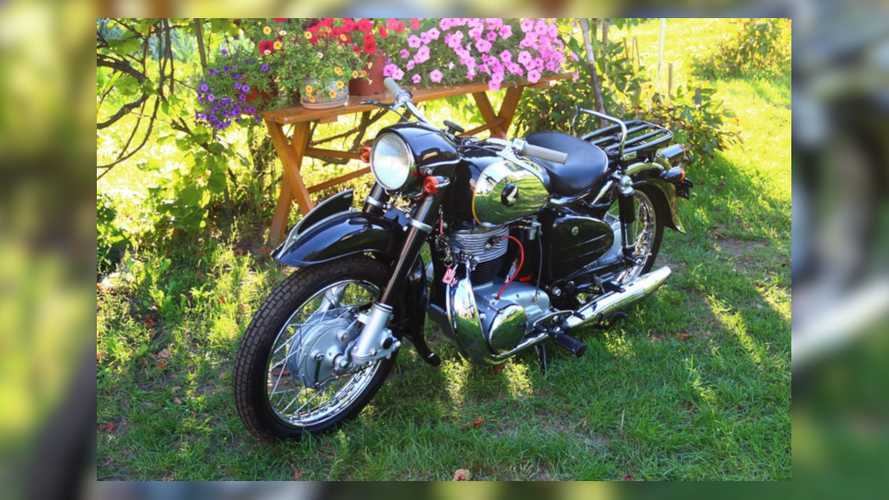 Developing reliable, innovative, inexpensive transportation in the wake of a world-wide war isn’t easy, especially when your industrial infrastructure has been bombed flat for four straight years. Just ask Vespa or Honda. In 1949, just one year after Honda Motor Company was founded, the company put out its very first motorcycle: the Dream D-type. What we’re going to talk about today wouldn’t be possible without that first bike—but it’s also probably not the same Dream you’re used to seeing, either.

Reel To Reel Is Living Rarity, People Stop And Stare At These:

A frequent classic Japanese motorcycle forum poster who goes by the username “terecha” has been posting about his 1956 Honda Dream MF350 since at least 2016, across various forums. According to him, there are only five MF350s known to exist in the world, and they were only produced during a few months between 1956 and 1957. It was modified from the SB350 model, which made 14hp. Comparatively, the MF350 made a whopping 20hp, which was kind of a big deal at the time.

For those totally unfamiliar with Dreams, some later examples frequently show up at vintage bike shows. However, you don’t see earlier examples quite as often if you live in the US. The National Motorcycle Museum has a beautiful example of a 1958 Honda Dream ME in its collection, and it’s one of just four 1950s Hondas that the museum has on display.

Terecha has been working on restoration of this bike for over 10 years, along with a few other early Honda models. He pointed out that particular innovations on this bike include that front suspension, Honda’s first use of electric turn signals, and also the fact that it’s the first bike with a RAM air system. This bike was in terrible shape when Terecha got his hands on it, as you can see from this photo.

He used as many original parts as he could in this restoration, from a genuine MF350 exhaust that he had repaired by a Japanese specialist, to genuine rims, chain, and documentation. He also says the engine and frame have matching numbers. To make it functional, he installed modern rubbers, wires, lines, spokes, rear brake and turn signal lenses (although he does also have the OEM ones), and leather.

According to Terecha, this very rare restored bike should soon be up for auction as part of Bonhams Autumn Stafford Sale 2019. The full catalogue for this sale isn’t available yet. If all goes as planned, it should be listed alongside the likes of the entire 300-strong Motorcycle Museum of Giancarlo Morbidelli collection, so you should definitely check it out.