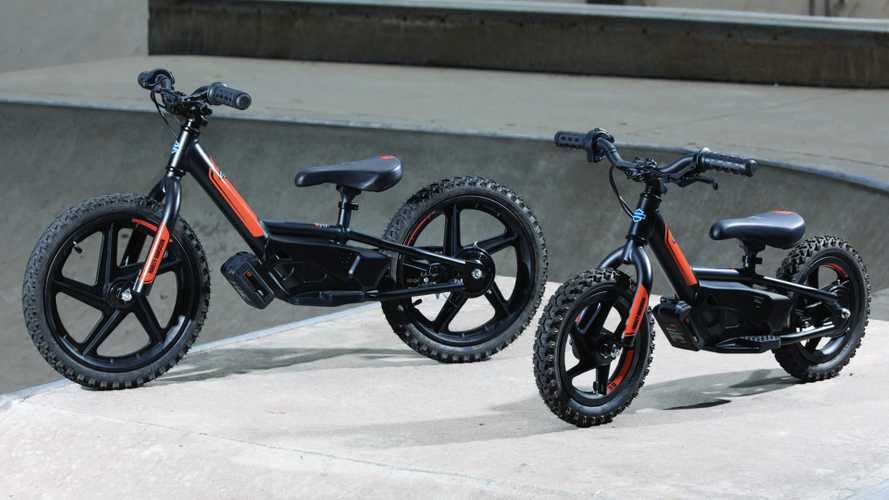 Silly rabbit, StayCycs are for kids.

The most affordable Harley-Davidsons are now up for grabs for less than $700. What’s the catch? Well, technically speaking, there isn’t one—only that you’re not getting a Milwaukee-Eight for that price. More like a tiny 2-Ah electric motor.

We already know that Harley-Davidson has been trying to go after a younger audience to keep the hype alive but it jumped from one pole to the other. Earlier this year, the company announced it had purchased StayCyc, a company that specializes in balance bikes for kids. If you’re going to build a future generation of Harlistas, you might as well get them started young!

Harley has now officially launched its new electric push bikes for kids, dubbed the IRONe12 and IRONe16—a namesake meant to transcend the machismo and muscle of a full-size Harley, wrapped up in a Happy Meal box with a toy on the side. Is that what we call… irony? Iron-e, get it? Moving on.

Pricing is set between $649 for the 12 version and $699 for the 16—the cheapest (new) Harleys you can get your hands on! While there is a difference in electric output, the nomenclature of the IRONe is actually based on the size of the wheels (12 inches versus 16). The 12 targets a younger, 3-to-5 y.o. audience. The tiny bike weighs in at 17 lb and seat height reaches 13 inches. The 16 is slightly bigger at 19 lb with a seat height of 17 inches, allowing kids 5 to 7 to transition to a slightly more powerful bike.

Both bikes are fully electric and can be used like actual tiny electric motorcycles thanks to the electric motor that sends power to the back wheel via a classic twist throttle. They are equipped with three riding modes (Training, Standard, Advanced) which adapt the bike’s top speed to the young rider’s experience. Training is set at 5 mph, Standard at 7 mph (7.5 mph on the 16), and Advanced maxes out at 9 mph (11 mph on the 16). Charging time varies between 30 and 60 minutes.

So here’s one way to get your kid started on two-wheels, and on a Harley of all things! You know, get the Orange-and-Black blood pumping right away.