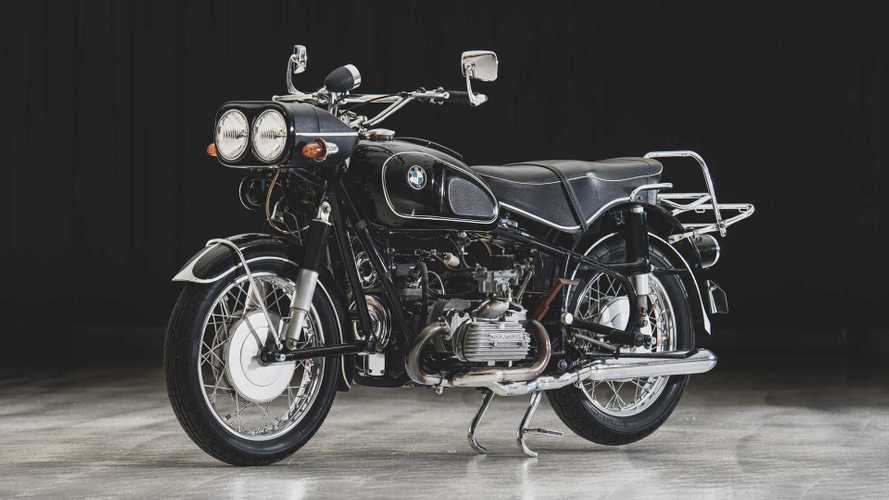 If you find your bike a bit anemic, the usual course of things is to replace the bike for a bigger one, right? At least, that’s what most of us common folks do when we want a ride with more humph. Some people out there, however, go about this first-world issue the hard way. For late 60s oil tycoon Lee Fikes, cramming a car engine and doubling the number of cylinders in his shiny new BMW motorcycle was the obvious decision to make.

So Many Custom Rs:

Rn 1967, Fikes bought the then brand-new BMW R60 with the project to travel to the Yucatan peninsula for his honeymoon with, of course, the new wife sitting at the back. He realized, however, that the R60’s mid-range 600cc boxer engine wasn’t going to provide enough power to carry them both with their luggage. So he did what any bike owner would do. Oh no, he didn’t sell the bike, he just swapped the engine.

His choice of block for the graft was a pretty unusual one. See, at 600cc, the R60 was already considered a big bike for its time. The (historically official) era of the superbikes and the big-bore engines had yet to dawn; his options to upsize the Beemer were a bit limited. So he turned to the automotive world to find a suitable replacement for the boxer. A German bike called for a German car engine.

He opted for a Volkswagen 1.5L, flat-four engine which he souped-up before fitting on the R60 frame. Fikes replaced a number of original parts for performance equivalents, including a set of Thomas Tomahawk valve covers. Once he was done upgrading the engine, it produced enough power to be worthy of a Porsche flat-four comparison. To be fair, the guy was working on a Sherman tank as a “hobby” at the time, so making the four-cylinder mill fit on his bike was probably a walk in the park. On the R60, Fikes also swapped the headlight for a dual-lamp unit and added a Harley-Davidson cylinder head temperature gauge.

The 1967 BMW R60 Fikobike with its swanky 1,500cc Volkswagen flat-four will be going up for auction at the end of September 2019, without reserve. For the record, one of the subsequent owners of the unique bike compared the sound of the Fikobike to an Offenhauser Indy engine, so this is more or less what it sounds like.