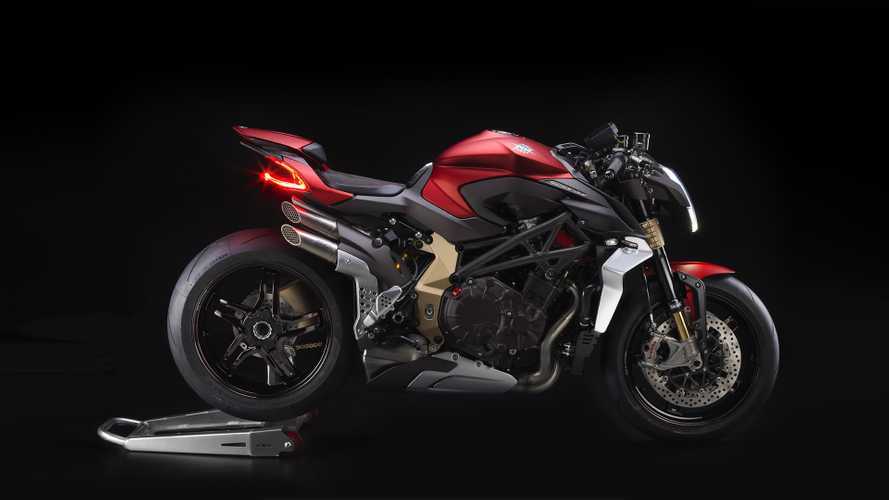 The RR and the RC are coming.

MV Agusta confirmed back in July that “cheaper” versions of its successful (and very limited) Serie Oro models were in the works. The 300-unit run of the special-edition Superveloce and Brutale sold like hotcakes. After treating its premium clients to the cream of the crop, the company is now ready to appeal to us peasants who didn’t have $35,000+ to throw at a bike with more affordable versions of the two models. We’re now getting our first look at what the "Brutale for the masses" will be like.

Gone will be the days of the carbon fiber galore that was the Brutale Serie Oro—the RR and RC will receive parts made from more mainstream and less glamorous-sounding materials. The good news is that despite the modified recipe, the new Brutales are expected to weigh pretty much the same as their golden counterpart, the latter tipping the scale at 406 lb dry.