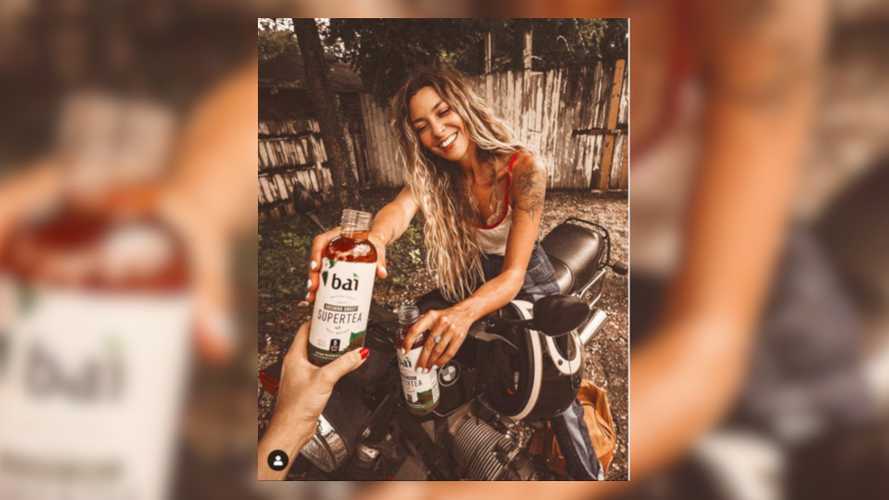 What was anyone here even thinking... unless the outrage was the point?

On August 19, 2019, Buzzfeed News reporter Tanya Chen posted a story about an Instagram influencer gone even more off the rails than whatever the words “Instagram influencer” are probably making you picture. It’s a story about a lifestyle blogger, her BMW, her professional photographer friend, what looks like it could be a staged motorcycle crash photoshoot—and something that also looks suspiciously like blatant product placement.

I Prefer My Drama On The Track, TYVM:

If you’ve followed bonkers-ass non-moto-related IG drama like the sad tale of Freelee the Banana Girl before, this new internet drama makes that utter batshittery look completely reasonable by comparison. OK, maybe I shouldn’t go that far … but also, maybe the tale of Nashville-based blogger Tiffany Mitchell just leaves a bad taste because it involves a bike crash.

Mitchell, who goes by @tifforelie on IG, posted a photo series on her Instagram detailing a recent motorcycle crash she had. She has since deleted the post after she started to get negative comments on it following the BFN article, but BuzzFeed News grabbed plenty of screenshots, which you can see in their piece.

One of the since-deleted post screenshots, taken from Buzzfeed.

Mitchell currently has over 220K followers on Instagram, and her feed is carefully curated and artfully posed. Each shot features careful composition—which is cool, because isn’t that what IG is for? Maybe so, but even with that fact in mind, most people don’t post carefully composed, professional photography of their motor vehicle crashes.

That’s what was in the post that Mitchell later deleted. Beautifully composed photos of her laying on the ground, seemingly just after her crash, waiting for an ambulance. It didn’t take long for eagle-eyed commenters to notice certain suspicious things about the photoset. These included, but were not limited to: the fact that the bike was standing up again in the background, and that the helmet she posed with prior to the ride had a chrome finish—but the one she supposedly crashed in was completely white. Also, that she looked suspiciously un-road-rashed and un-mussed for someone who’d gone down even at low speed wearing nothing but overalls with one strap done up over a crisp, white t-shirt.

The thing that sent public opinion sailing over the edge, though, was the extremely suspicious placement of a full bottle of SmartWater next to a reusable water bottle in one of the shots. Since Chen’s initial posting of this piece, Smartwater has responded to BFN’s request for comment to state that they “do not have a paid relationship with Tiffany.”

Now, Mitchell claimed in her since-deleted post that her photographer friend just happened to be following along in a Jeep, since they were planning to do some kind of photo shoot before the crash happened. She explained that after she “misjudged a curve,” the bike went down, and her friend immediately started snapping photos and showed her later that she’d captured all these great shots. Um, in what universe would you not be absolutely livid that your supposed “friend” wasn’t helping you after a crash instead of snapping shots for the ‘gram? Even if the crash wasn’t that bad, talk about a completely terrible friend!

Then again, maybe that’s why the bike was standing back up in the background of the photos. Maybe the friend helped stand the fallen bike back up so it could be artfully posed in the background. Quick thinking, photographer friend.

Now, most people I know—myself included—have absolutely stopped to take photos of any and all crashes we’ve been in since phones started having cameras and we all started carrying them in our pockets. Usually, they’re meant to document the damage for ourselves, our insurance, and maybe also to show our friends as a cautionary tale or a “look what my dumb self did, LOLOL” kind of thing if it’s just a minor scrape.

What they aren’t, however, is professionally shot, lit, and edited glamour shots of a crash scene. Plenty of people started dragging Mitchell about this specific point on Twitter, posting photos of their own road-rashed selves in low-speed crashes, and generally calling BS on the whole thing. At least one commenter even suggested that it was just some greasepaint on her arm, and that all the crash imagery was clearly staged. For her sake, I hope it wasn’t. While this was clearly a poorly thought-out choice on her part, faking a crash would take the awfulness to an entirely different depth.

I could also go on at length about why she wasn’t wearing any gear other than a seemingly unscathed helmet—especially since she mentioned in her post that she lost a loved one in a motorcycle crash a few years ago. However, we could, quite literally, spend the entire week dissecting the sheer WTF-ery in this one post. I don’t know about you, but I’d rather ride and get this nonsense out of my mind.