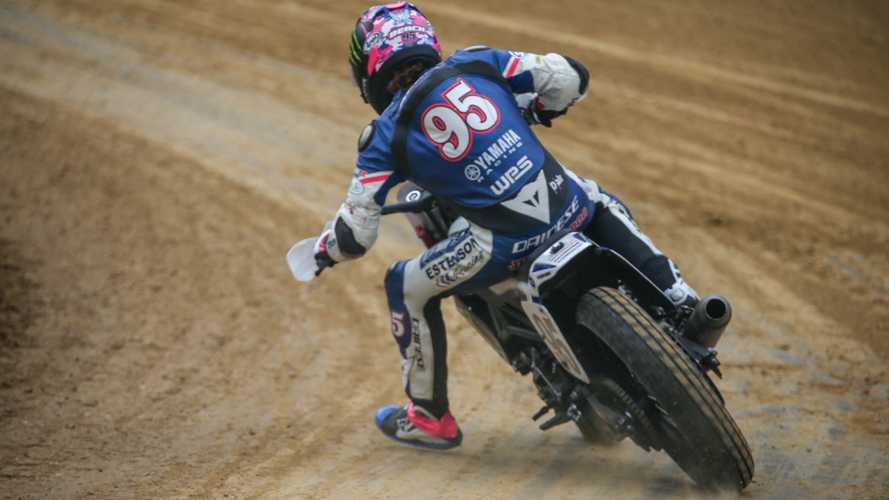 Dainese and it’s D-Air airbag technology have been a staple of motorcycle safety in racing for over a decade. The airbag system and trigger mechanisms were developed with the help of MotoGP racers. From a bulky unappealing contraption some racers preferred to leave behind, the D-Air equipment has evolved to become one of the racing must-haves across a number of motorcycle racing series. Dainese has now partnered with American Flat Track to provide flat track racers with the same level of safety starting in 2020.

A History Of Safety:

If you’ve ever heard of the brand Dainese, chances are you associate the name with motorcycle gear. It’s no big surprise considering the company’s involvement in such events as the Dakar rally and MotoGP racing. The hump has become MotoGP racers’ signature silhouette. The company is about to add yet another series to its portfolio and has announced a partnership with American Flat Track.

In fact, starting in 2020, the association is going to make airbag suits mandatory in the series’ top class. For the occasion, Dainese has developed an airbag system that is specific to the discipline. Flat track racers don’t behave and interact with the bike and the track the same way, say, MotoGP racers do. A fall in flat track racing and in MotoGP don’t have the same patterns, and the D-Air system must be able to tell whether the racer is leaning in or actually taking a tumble.

While this requires a fair amount of research and study to optimize the technology to the needs of flat track racing, Dainese is no stranger to adapting its system to different disciplines. The company has developed a version of its airbag not only for motorcycle racing, but also for other high speed and high impact sports such as downhill skiing.

Dainese had already teamed up with AFT for the 2019 season to give riders access to quality leathers. For 2020, airbags will become mandatory for the top series.