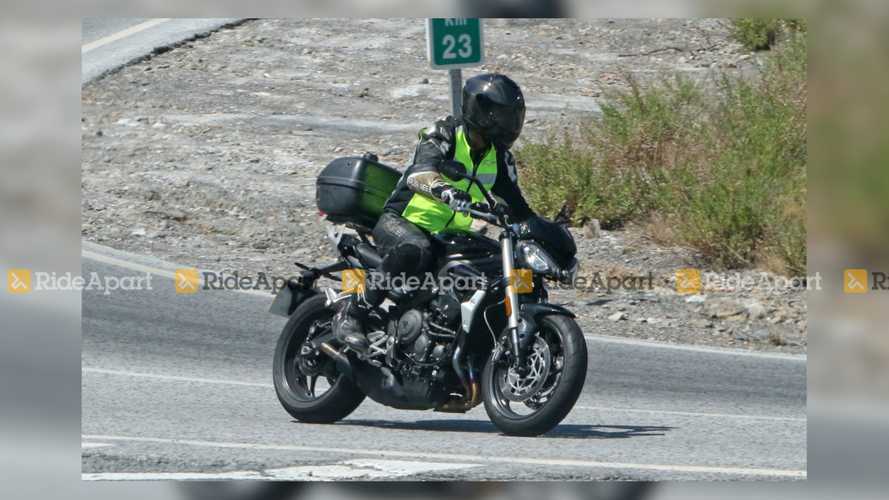 We finally know what the test mule spotted was hiding.

If you thought Triumph was hard at work preparing the new Scrambler and Speed Twin last year, you haven’t seen anything yet. This year, it looks like the company is working overtime if the flock of new bikes that were spotted is any indication. From the Rocket to the Tiger to the Daytona to the Thruxton R Black , Triumph is about to one up itself in terms of productivity.

One of the bikes that were spotted a few weeks ago was the Street Triple, which left us scratching our heads. Unlike the other test mules, this one showed little to no changes at all over the current model. So why was Triumph testing it?

We now have the answer: for 2020, the Street Triple is getting a second three way catalyst, as revealed by a recent California Air Resources Board (CARB) filing. The document suggests the model is actually getting an updated engine for the upcoming model-year. Since the introduction of the new Street Triple 765 for the 2018 model-year, the bike has been using an engine referred to as 765TEN. For 2020, however, the family of engine listed in the CARB document is now the 765DES, which bumps the number of three-way catalysts (TWC) to two.

According to the same document, this reduces the quantity of emissions produced by the bike almost by half, with the hydrocarbon (HC) down to 0.1 from 0.2 and the hydrocarbon plus oxides of nitrogen (HC + NOx) down to 0.2 from 0.3. This might look like a minor change, but with the looming Euro 5 standards soon coming into effect, this seemingly is just enough to keep the Street Triple ball rolling.

Some have even gone as far as to suggest the new engine could be the same as the newly developed mill found in the returning Daytona and used in Moto2—a logical assumption. The new triple produces more power and torque than, so should it make its way in the 2020 Street Triple, it is safe to assume the model will also benefit from the boost. Triumph will reveal more about the new and limited Daytona on August 23, so we might learn more about the other future models soon enough.