Two More Ducati Scramblers Could Be On The Horizon 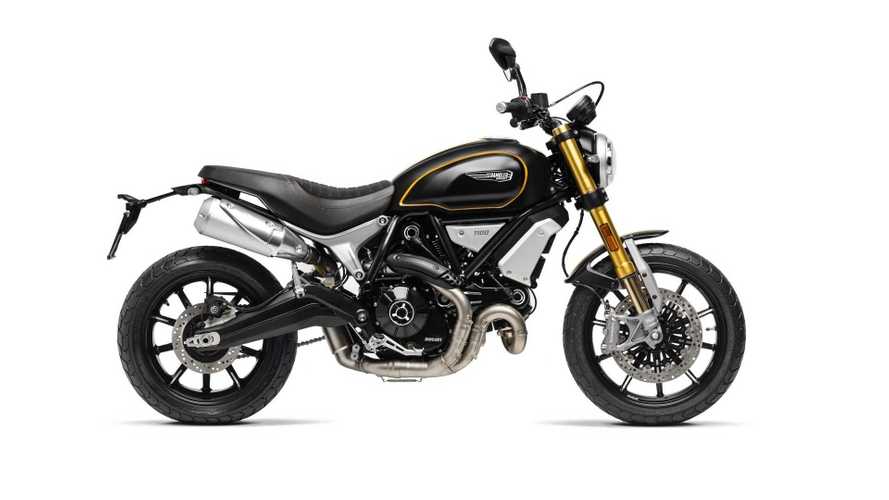 You can’t have too much of a good thing.

Since its introduction in 2014, the Ducati Scrambler has become the best-selling series in the company’s range. Moving over 55,000 units worldwide, Ducati hasn’t shied away from leveraging the popularity of the platform. The brand's current Scrambler lineup includes the Icon, Cafe Racer, Desert Sled, Full Throttle, Sixty2, 1100, 1100 Special, and 1100 Sport. If you thought Ducati produced enough variants of model, you’d be sorely mistaken. With the Ducati World Première 2020 just around the corner, the company could be about to unveil two more iterations with the Ducati Scrambler 1100 Pro and Ducati Scrambler 1100 Sport Pro.

According to EPA documents, numerous motorcycles from Ducati’s 2019 lineup will carry over to the 2020 model year. Among the listing of the unchanged models, the names "1100 Pro" and "1100 Sport Pro" tried to sneak in under the radar.

While Ducati devotees anxiously await the introduction of the Panigale V2, Streetfighter V4, and Multistrada V4, the addition of two new Scramblers would expand the already diverse field of potential announcements.

Though the news is exciting, it leaves many a Ducatista asking, “why?”

The Bologna brand already offers a performance-oriented Scrambler in the 1100 Sport. Equipped with Ohlins suspension and traction control, the model provides a high-spec alternative to the standard range of Scramblers. With EPA documents confirming the new models share the same 86 horsepower, 1,079cc air-cooled engine of the current 1100s, it’s hard to say how the ‘Pro’ versions will differ from the 1100 Sport.

Some speculate that the "Pro" moniker alludes to a configuration featuring knobbies and taller suspension. The Desert Sled currently provides the most dirt-capability within the Scrambler family but the 1100 Pro series could open a new market for the line and directly compete with the new Triumph 1200 Scrambler.

We’ll have to wait until October 23, 2019 before we receive any confirmation of the two Pro Scramblers, but you can be sure that we’ll report back as soon as Ducati plays their hand.