Arrests Up, Crashes Down At This Year's Sturgis Rally 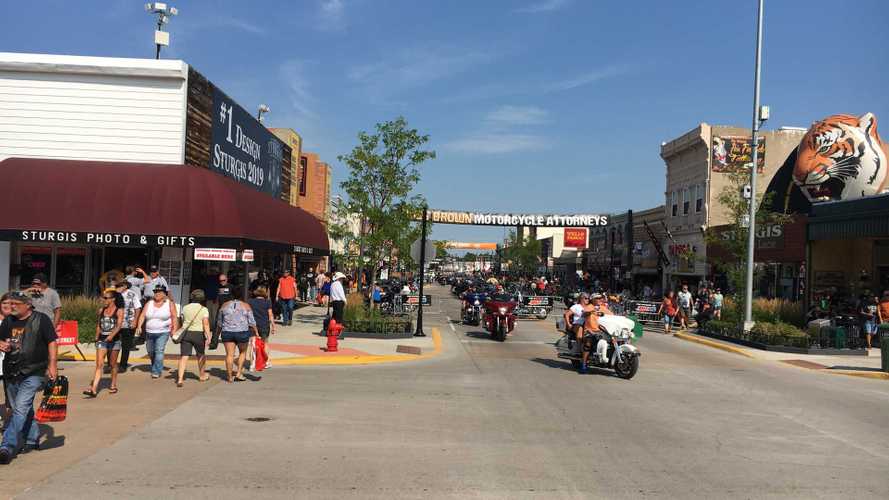 This year’s Sturgis Motorcycle Rally saw more felony and misdemeanor drug arrests than last year, with three vehicles seized for drug possession. Ten men were arrested at Sturgis for soliciting sex from minors (thankfully, the fifteen-year-old girls they were trying to meet were in fact police officers posing as kids).

It's A Classic Though:

Those of us who have never attended the Sturgis Motorcycle Rally probably think that speeding motorcycles and crashes are what keep the cops at Sturgis busy, but we’re only partly right about that. Along with all the drug arrests, there are lots of crashless DUI arrests during these rallies, too. It doesn’t help that area bars and restaurants actively encourage imbibing during the rally.

Thankfully, this year’s crash numbers involving injuries and fatalities are down from last year, so perhaps fewer riders are drinking and riding. Three people died at Sturgis in 2019, as compared to four in 2018. One of this year’s fatalities, however, was not from a motorcycle crash on the road: a Sturgis attendee succumbed to carbon monoxide poisoning inside his camper.

Though I’ve been steeping in it for more than two decades, motorcycle culture still baffles me at times. Why anyone would drink a bunch of alcohol and then attempt to pilot a motorcycle is absolutely beyond me. I do, however, understand how motorcycles attract a certain personality type. We’re all influenced by the media, and we’ve all been trained to believe that tough guys ride motorcycles, therefore riding a motorcycle makes you a tough guy (or girl). One look at me, though, in my Cordura gear, atop my goofball KLR, and you’d laugh at that association. Go ahead, it’s OK, I laugh too.

Read through all of the crash reports from the rally and you might notice a striking similarity among the majority: the riders were not wearing helmets. Say what you will about personal freedoms and choices, but the numbers don’t lie.