Mandrill Garage Puts This CBX1000 On A Diet 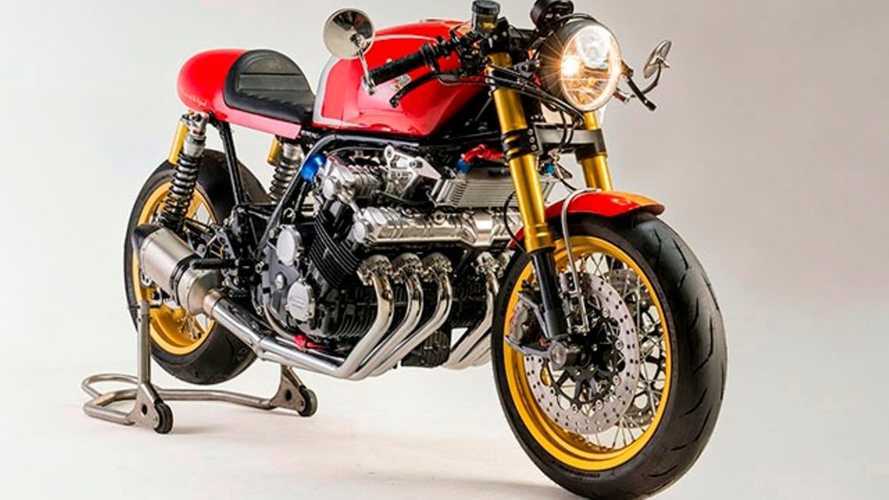 Slimming down for gains!

In the late ‘70s, Honda set out to produce the fastest production motorcycle in the world. With that admirable goal in mind, the company introduced the CBX1000 in 1978. Developed by Shoichiro Irimajiri, Honda’s Formula 1 engineer at the time, the massive dual-overhead-cam, 24-valve, inline six-cylinder engine produced 105 horsepower. All the power doesn’t help the handling and neither did the CBX1000’s chassis. Commissioned by a collector, Beijing-based Mandrill Garage set out to ameliorate that shortcoming with a custom rebuild of the classic superbike.

Mandrill started out with the touring variant of the CBX1000, a 1981 CBX-B. Unlike its sportier relative, the CBX-B featured a Pro-Link Monoshock, 39mm adjustable fork, full fairings, and panniers. Of course, the custom shop stripped away all of those components, leaving them with just the engine and chassis.

Starting with the frame, the builders shaved the tail section and replaced  it with a shorter, lighter unit befitting a cafe racer. Mandrill continued shedding pounds by mounting a lighter Kawasaki ZRX swingarm. With the frame shortened and new swingarm in place, dual-shocks were mounted to achieve a look consistent with classic road racers.

Though Mandrill restored the engine, they didn’t modify the 1,074cc mill in any way. After all, 100+ horsepower is still more than sufficient by today’s standards and was certainly impressive in the late-1970s. They did, however, replace the oil cooler with a modern system and opted for two 3-into-1 exhaust systems with 6 Keihin carbs.

Ditching the rectangular design of the CBX-B, Mandrill smoothed the lines of the build with aluminum bodywork that also helped to cut even more weight. Inspired by an Oberdan Bezzi concept, the cherry red and metallic gray livery really helps bike pop.

Mandrill Garage’s minimalist interpretation of the maximal CBX1000 reduces the bike to its purest form while simultaneously improving on the function. It may not be the fastest production motorcycle on the market these days but it continues to challenge builders to achieve new feats of engineering.