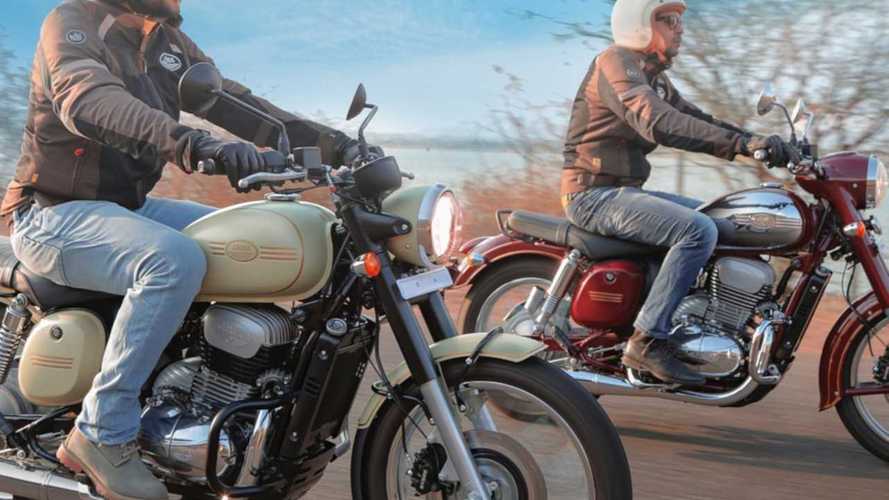 Someday, your bikes will come.

Let’s say that you love a classic motorcycle brand that, sadly, no longer exists. Then, a modern manufacturer announces plans to revive that brand and starts taking pre-orders immediately. If you’re lucky, that scenario works out, and you get what you thought you ordered in a reasonable period of time. Other times, it’s Jawa.

Jawa, What Is Happening?

In a bid to keep customers who are waiting on the Jawas they’ve ordered happy, Jawa has unveiled its online Delivery Estimator tool. Unfortunately, there are a couple of catches. For one, it only works for bookings made on or before December 25, 2018—so if you placed your order after that, you won’t find it using this tool.

For two, it works only for “online booking IDs of the series: JAWA2018…” according to the tool. The company says that other booking IDs will be searchable in the near future, but does not give the slightest hint as to when that happy date might be. Also, what does this mean for bookings made with dealers, and not online?

Back in January 2019, Jawa announced that it had sold out its pre-orders in just over one month. At the time, the company said that anyone who had already placed an order could expect to wait until September 2019 to receive it, no matter which model—the Jawa or the Jawa Forty Two—was ordered.

A few months later, the company was hard at work expanding its dealer network across India, despite the fact that there was still just one factory actually producing Jawa bikes. It looks as though fears that the company may have bitten off more than it could chew are becoming increasingly validated.

The news gets worse for Jawa fans who placed pre-orders. Upon announcing this new tool, Jawa also added that only customers who placed orders before December 25, 2018 should expect to receive their bikes by September 2019. Everyone else is essentially stuck in no-information limbo, with no available updates at this time about when (or if) they can expect to receive their bikes.

Even if you love Jawa’s style, how much frustration are you willing to endure to get your hands on one? Looks like the world is going to find out. Jawa fans who pre-ordered this bike and are enduring such long wait times, you have our sympathies.