A Case Against Hands-Free Devices On Motorcycles 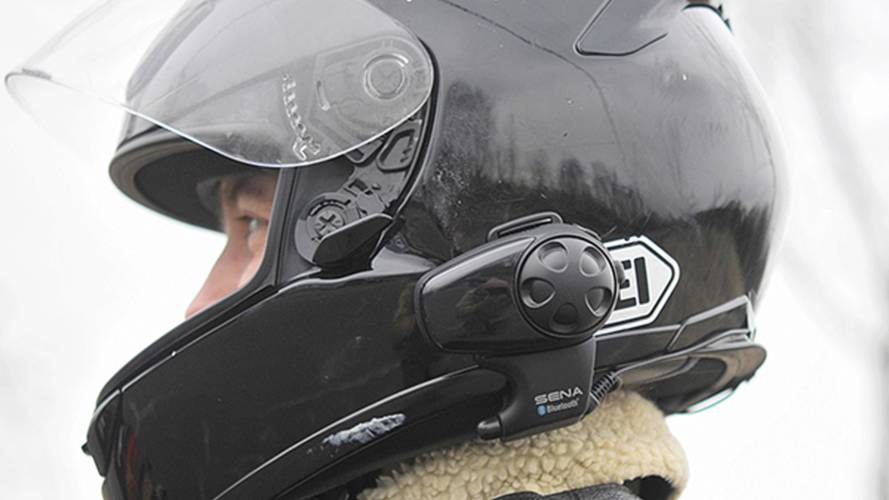 Communication systems and smart helmets are gaining in popularity. Having access to our phones at all time has become a social and often also a professional requirement. While the technology has been spreading and evolving in the automotive industry for well over a decade, it hasn’t been as widespread for motorcycle riders. In recent years the industry has been booming and different systems have been becoming increasingly versatile. What if it all became illegal?

Helmet-To-Helmet Motorcycle Communicators: Worth It?

According to Motorcycle News, the Commons Select Committee suggested that using a hands-free device be made illegal in England—which would include comm systems for riders. Its argument is based on a study that points to the fact that these systems are as distracting as using a handheld device.

While using a cellphone behind the wheel—or the handlebar for that matter, because that’s also a thing—is finally getting as bad a rep as drunk driving, using a hands-free system to manage calls and messages gives the user a greater (false) sense of safety. My hands are on the grips and my eyes are on the road, what could go wrong?

The problem is that even if your eyes are on the road, taking a call while riding requires that your attention be divided. According to the National Safety Council, drivers on the phone miss up to 50 percent of what’s happening in their surroundings while taking a call and their field of view is dramatically narrowed down. Chances are, a similar proportion applies to riders.

So I get it, taking a call in your helmet isn’t the grandest idea. That being said, most of us use the technology to get turn-by-turn navigation instructions without looking down at the map or even to liven up a ride with an inspired soundtrack. If you guys are anything like me, taking a call while riding is a big resounding “nope”. Now, the question here is: if such a law was to be created, where’s the line?

This isn’t as black and white as wanting sugar in your tea or not. Banning the devices would mean throwing your Sena in the garbage. While the Committee’s discourse seemingly revolves around phone calls, what happens with navigation and music streaming? I mean, radios and Garmins aren’t illegal. At least not yet. So are the devices to be banned altogether and we’ll have to revert back to the stone age of map navigation or is it a matter of deactivating the call and messages functionalities? How do you even enforce that? I have so many questions.

“Banning hands-free devices” is easier said than done and hopefully the English government will take all the necessary elements into consideration. The Commons Select Committee is asking for a public consultation to be set up as a first step.

Safety is paramount and there are still too many people left to deal with the impacts and consequences of distracted driving or riding. That being said, in 2019 when everything revolves around connectivity, how is this step back to take shape? Would you agree that hands-free devices should be banned?

Are These The Production Aprilia Tuono 660 Design Patents?
The Toledo Seascoot Is The Boatiest Suzuki Burgman You'll Ever See
Yamaha XT 500 H2O Concept Imagines Pure Water Power For 2025
Dirt Bikes And Dual-Sport Motorcycles Sales Thrive In The U.S.
Watch A Guy Compare A Ducati 748R And A Panigale V2 In 2020

Are These The Production Aprilia Tuono 660 Design Patents?
The Toledo Seascoot Is The Boatiest Suzuki Burgman You'll Ever See
Yamaha XT 500 H2O Concept Imagines Pure Water Power For 2025
Dirt Bikes And Dual-Sport Motorcycles Sales Thrive In The U.S.
Watch A Guy Compare A Ducati 748R And A Panigale V2 In 2020
Commenting Guidelines