Jerk In A Truck Intentionally Hits A Motorcyclist 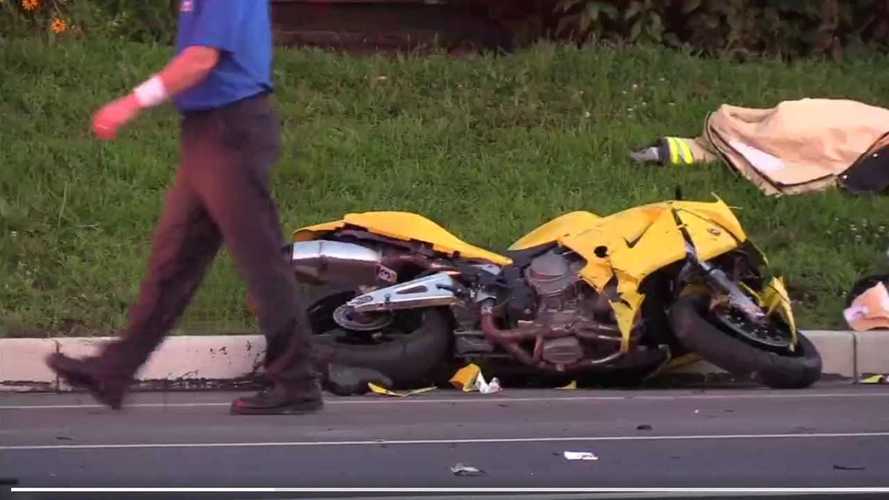 He admitted it on scene.

Sometimes a story comes along that just leaves you speechless. This one is the latest in an unfortunate series of jaw-dropping, gobsmacking stories. Do you ever think that one of the people sharing the road with you could choose to be your judge, jury, and executioner? Have you ever overheard people casually talking about running motorcycles off the road because the riders are disobeying traffic laws? I sure have. Friends, it has happened again.

Be Safe Out There:

Certainly, Paul Entler, a motorcyclist in Hanover Township, PA, would not have thought that the deserved consequence for some on-road shenanigans would be grievous injury through no fault of his own. Unfortunately, on August 1, 2019, Matthew Dietrich of Catasauqua, PA, apparently did think that grievous injury is the correct punishment for whatever he perceived Entler to be doing wrong. Dietrich swerved his truck into Entler’s motorcycle, and he did it on purpose.

Dietrich was arraigned on Tuesday August 6 and charged with simple assault, aggravated assault, reckless endangerment, disregarding traffic lanes, careless driving, and reckless driving. He has been released on a $100,000 unsecured bail.

On the scene of the crash, Dietrich is reported to have admitted that he swerved into the motorcycle while Entler was attempting to pass him on the left. He jerked the steering wheel of his truck to the left to stop the motorcycle from passing him. When witnesses on scene stopped to help the rider, Dietrich is reported to have said “Yeah, yeah, it was my fault. I swerved,” and “they need to learn they can’t drive like that and do whatever they want.” One witness said he seemed annoyed.

One of the worst details of this particular crash, is that Dietrich’s son was with him, riding in the passenger seat. He watched his father intentionally hit a rider and, by all accounts, send him airborne.

Often, we riders are advised to “ride like everyone is trying to kill us.” Usually, that isn’t literally the case, but unfortunately for Paul Entler, this case is the exception. He has suffered a collapsed lung, broken ribs, and a broken leg. Hopefully, he will recover fully, and then sue the pants off the driver of that truck who intentionally hit him.