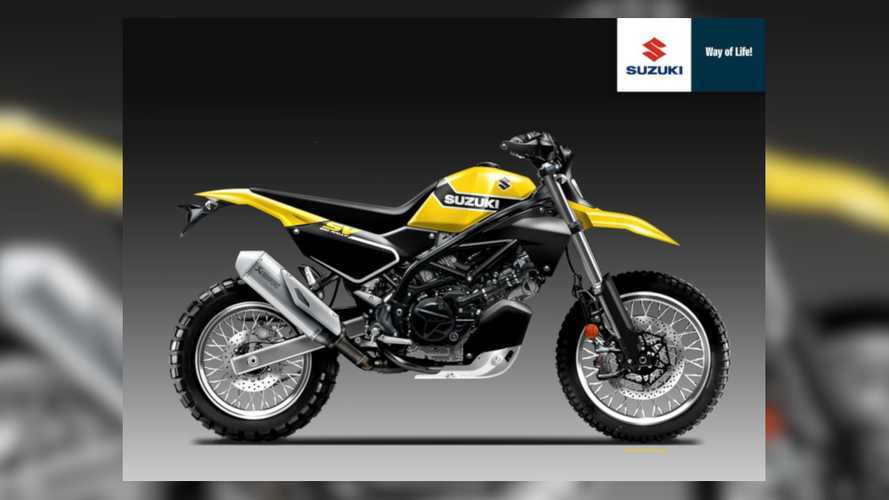 The Suzuki SV 650 has been around practically forever. In a few more years, it’ll be old enough to rent a car in most US states. It’s changed a bit over time—but not all that much. Playing it fairly safe seems to be working out well for Suzuki, because they’re still super popular as both track and street machines. Open up your favorite bike classifieds at any time, day or night, and you’ll see several examples waiting to change hands.

The BMW Muscle Bike: It Doesn't Exist Yet But It Oughta
⠀

What if someone took the reliable SV and tweaked it? That’s what designer Oberdan Bezzi did when creating his very convincing-looking SV650 Rally concept. According to what Bezzi wrote to accompany this design on Motosketches, he was primarily inspired by the rumors currently swirling about an impending engine change for the SV. Bezzi wanted to explore the Rally possibility with the current V-twin configuration.

“It would be an off-road vehicle of a type between a scrambler and an aggressive enduro, but not really for competition,” Bezzi wrote. “[Suzuki wants] to combine professional off-road capabilities with the ease of use of a multi-faceted bike suitable for everyone.”

This isn’t any sort of production design—at least, not at this point. While Bezzi famously does collaborate with both custom bike builders and manufacturers on designs, he also likes to design bikes for the sheer joy of doing it.

The SV650 Rally is one of the latter types of designs. However, Bezzi did specifically call out that it could easily be part of his “Yellow Weapon Series,” which was a limited-edition actual bike series he designed around the 1981 Suzuki GS1000. Those bikes were built by Italian Dream Motorcycles in 2009.

As we’ve noted before here at RideApart, Bezzi comes up with some great ideas. While many of them stay at the “beautifully rendered idea” stage, his designs are particularly striking because they look so plausible. Could Suzuki jump on the scrambler train, even though said train already left the station a few years ago? It’s not totally unthinkable—and if it did, people would probably buy one if it looked like this.