Weekend WTF: Manufacturers Need To Chill Out With ADV Supersizing 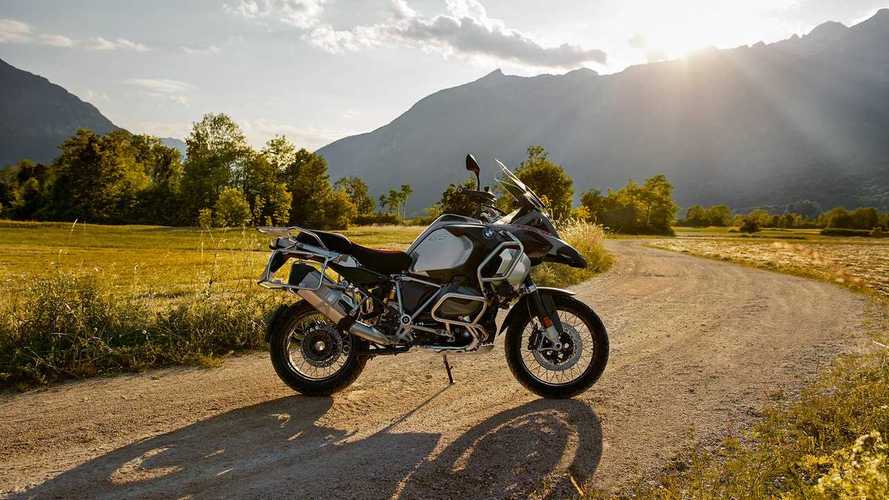 I’ll get this out of the way right off the bat: I’m a sucker for adventure bikes. I’ve had a chance to get my hands on a number of the models currently offered on the market and I’m slowly working my way through the segment, checking the boxes off as I go. The more I ride them, the more I love them. No matter how much I like the segment, though, there’s an issue with the direction manufacturers are taking with it. Why are bikes supposedly versatile and comfortable both on the road and off of it getting increasingly bulkier and heavier?

We Have A Lot Of Opinions:

Exhibit A: I spent two weeks riding around the all-new BMW R 1250 GS. What’s new this year? Oh, you mean aside from a displacement (and weight) increase? At what point did Bayerische Motoren Werke decide that 1200 wasn’t enough anymore, that its flagship and European best-seller needed an injection of steroids?

Granted, the Bavarians threw in new emission-reducing variable valve timing technology to meet the Euro 5 standards, but that doesn’t explain why the bike also had to become bigger in the process. Don't get me wrong, I'm not hating on the 1250. It's one of the most comfortable bikes I’ve ever been on but navigating small mountainside villages and streets caused me anxiety because of how bulky it is. Plus, as capable as I know the bike is, I wouldn't have risked taking it off-road. With its 35-inch seat height and a near-600-lb weight, that bike has lost a lot of the versatility of its rally-winning ancestors. To be fair, the R has been increasing in size since the early days of the R80 and R100, but still...

Exhibit B: Rumor has it that the new Africa Twin Honda started teasing is also getting bigger, going from a 998c to a rumored 1,080cc twin mill. Chances are that a bigger engine will also mean the addition of a few pounds on the scale. Again, yadda yadda Euro 5 emissions and such. Plus, this rumor goes hand in hand with the one that suggests that the bigger CRF will open the door to a mid-range model. While I’m very excited to see the new Africa Twin, the thought of a 850 following is the more enticing prospect.

See, manufacturers keep upsizing their ADVs which eventually forces them to fill the mid-range gap, which is the sweet spot for actual dual-sport models (in my humble opinion). The best example of that is Yamaha. For the past decade or so, Team Blue has offered us the Super Ténéré, a 1,200cc ADV and the only dual-purpose bike the it had to offer for the past few years. For 2019, however, the tides changed and the company finally introduced the Ténéré 700, a baby, mid-range Super that revives the concept of “adventure” for the brand. At 125 lb lighter than the Super Ténéré, I expect the new 700 to be exponentially more versatile than the Super Ténéré.

A similar parallel can be drawn with BMW’s GS lineup that ranges from the 310 all the way up to the famous 1250, with a selection of two mid-range models right in the middle. While the R has gained a lot more notoriety throughout the years, the F 750 and F 850 should be the models promoted as the brand’s actual adventurers. Yet, you seldom hear about the two Fs living in the shadow of the all-powerful R.

Thankfully, not all the brands suffer from the same gigantus bug—so far Suzuki and Kawasaki seem to have escaped the temptation of upsizing their dual-sport flagships. They maxed out at 1,000 with an available 650 variant to cover more ground (Kawasaki even has a Versys-X 300!). That’s for now at least. Even then, those one-liter bikes tip the scale at over 500lb.

A new generation of adventurers.

So this begs the question: at what point does a motorcycle leave the “Adventure” category to fall into the “Touring” one (ok, let’s use “Adventure Touring” instead to safeguard the rugged image)? Or maybe this is just a case of an image some brands are unwilling to let go of. I’ll admit it: calling a motorcycle an “adventure bike” sounds pretty badass, like, Dakar rally badass. Sadly, I think that most of these “legacy adventurers” are going to have to leave the dirt trails to the new generation of smaller and lighter ADVs and stick to a more touring-oriented purpose. Not because they don’t have the capacity to take on the gravel roads and dirt trails, but because they’re becoming too big for their (and the rider’s) own good.

I very much look forward to the Ténéré 700 coming on this side of the pond because that’s definitely a bike I’ll be curious to try both on and off the trails. The new CRF1100L, not so much. Bigger isn’t always better.