Pikes Peak Board Of Directors Says No Bikes In 2020 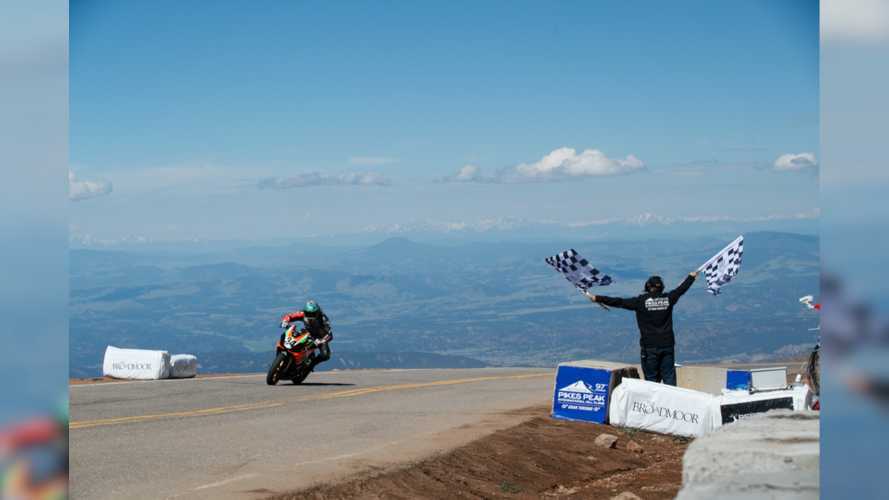 They haven't been banned yet, but the Board will be crunching data to decide if they'll be banned for good.

The Pikes Peak International Hill Climb Board of Directors officially announced on Friday that the 2020 PPIHC event will not include motorcycles. Official discussions regarding a formal ban have been underway for weeks, ever since Carlin Dunne died at the 2019 race. This turn of events prompted Carlin Dunne’s mother, Romie Gallardo, to issue an official statement of her own, saying that she was against any such ban.

The Saga Up To This Point:

Motorcycles Could Be Banned From Pikes Peak Forever

Anyone following this story is likely not surprised that officials made this decision—but that doesn’t take away from the disappointment. According to their official statement, the intent by organizers is to “gather data and analytics to review more thoroughly the impact on the overall event in the absence of this program.”

Chairman Tom Osborne also pointed out that motorcycle racing has been part of the annual PPIHC events for only 41 out of the 97 years the event has taken place. As for a lasting motorcycle ban at PPIHC, the Board said that any announcement either way won’t be made until later in 2020, after all the data has been analyzed.

Local news station KRDO spoke to Clint Vahsholtz, 23-time PPIHC winner, and member of the winningest family on the mountain. His father, Leonard Vahsholtz, had 19 PPIHC titles under his belt at his 2008 retirement from the event. Son Codie Vahsholtz—who was also Carlin Dunne’s teammate—has won the Race to the Clouds three times so far.

Vahsholtz, who won PPIHC on both two wheels and four wheels, said that he has faith in the Board of Directors. He hopes that motorcycles do return in 2021, and said that even though it’s temporary, it’s still a devastating blow to motorcycle racers who want to test their mettle against the mountain.

In addition to the GoFundMe that PPIHC and Ducati North America organizers set up to help Dunne’s mother through this difficult time, both organizations have now created memorial Carlin Dunne stickers and armbands.

According to the organizers, all proceeds will go directly to Dunne’s mother to both help with expenses and honor his legacy. Pricing for each is $9.32, which would have been Dunne’s record-breaking time across the finish line. You can see the designs and place your orders here.