Krämer Motorcycles New GP2R Is Ready To Race... And Win 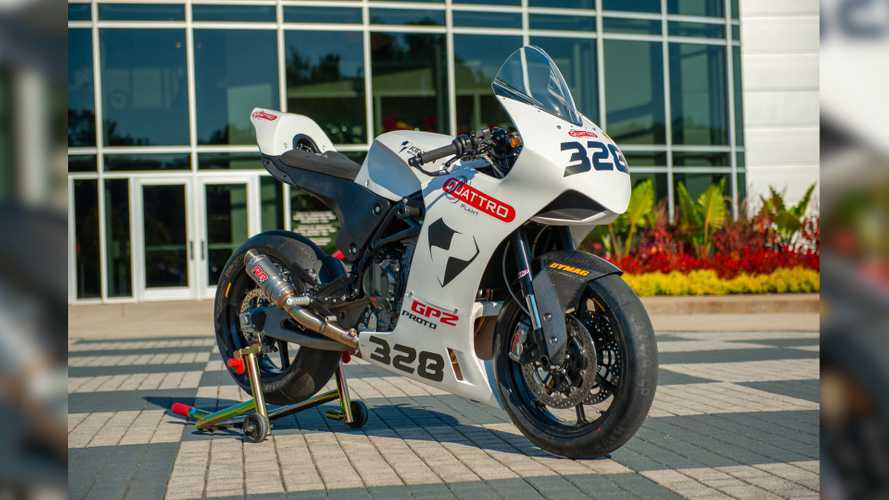 You might not be familiar with Krämer Motorcycles yet—but you will be if the company has anything to say about it. Founded by Markus Krämer, a former KTM employee turned independent bike builder, the company specializes in track-focused machines powered by KTM engines. Once KTM bid auf wiedersehen to the RC8, Krämer saw a micro-niche that he thought his company could fill.

Meet the Krämer Motorcycles GP2R, the company’s second race bike. It’s powered by the same twin found in KTM’s 790 Duke—only now, that mill is realizing its full 890cc potential. Krämer claims that it makes 130hp and 100Nm of torque, and states that it weighs only 140kg (just over 308 pounds).

The GP2R was first introduced at the Barber Vintage Festival in 2018, where Motorcycle.com’s Troy Siahaan got a world-exclusive first ride on the prototype version. Now, it’s finally available to order, at a cost of € 29,990.00 (that price includes VAT; it’s around $33,382 USD, but would presumably be less if exported since non-EU citizens do not pay VAT).

Anyone placing an order prior to October 1, 2019 gets their choice of color, and delivery is scheduled to take place in spring 2020. According to MCN, a second 850cc version is planned for intended use at US club racing events, but no further information is available about this version at this time.

According to Siahaan’s first ride, the GP2R prototype bore a lot of surface similarities to Krämer’s first race bike, the HKR EVO 2. He reported that both bikes use WP suspension, feature forged Dymag wheels, and use 290mm brake discs with Brembo M50 calipers. The prototype even featured the same bodywork, although the final version you can order now features its own distinct style.

The one thing Siahaan particularly loved is the Roto-designed fuel tank that makes up the bike’s  seat, tail section, and subframe. It’s hard not to agree with his assessment of its aesthetic qualities, even from just looking at the photos and not getting to see it in person. By the end of his race, Siahaan ended up taking second on this prototype. Not bad for either the bike or the rider, who hadn’t even seen the bike before that weekend.

Bottom line: If you love to race, and KTM left a very specific hole in your heart when the RC8 went away, you might be very interested in one of these. Find out more, place orders, and ask any and all questions about the GP2R here.