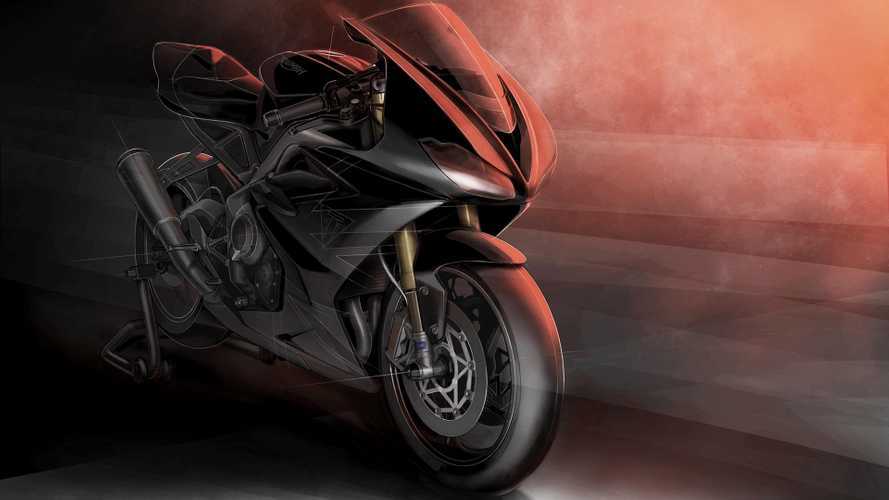 It's not an official comeback.

Triumph confirms the Daytona is coming back! This might sound kind of obvious. Between the introduction of the new Moto2 spec bike (and new engine) for the 2018-2019 season and the mule spotted testing in Spain a few months ago, we weren’t so much wondering if the Daytona was making a comeback. We were only left to wonder when. If you’re one of the many interested in getting their hands on one of the most beloved sportbikes in recent years, you will want to act fast: there won’t be many of them.

Back In The Day:

Triumph buggers up the Daytona 675 SE

While we were hoping Triumph was willing to commit to a return of the Daytona, it sounds like the British maker isn’t ready to welcome a fully-faired sportbike back into its lineup full-time just yet. In fact, Triumph confirmed that there will be a Daytona 765 coming for 2020 (yay!), but that it will be a limited edition (nay!).

On August 23, 2019, Triumph will reveal the Daytona Moto2 765 Limited Edition at the Moto2 Silverstone race weekend. Thing is: only 765 units of the bike will be made. If you’ve been salivating at the thought of a return of the Daytona, you will want to act sooner rather than later.

Triumph promises the new (and very limited) Daytona will be as close to a street-legal Moto2 motorcycle as can be. We already know that the racing counterparts used a tuned version of the Street Triple’s 765cc, three-cylinder engine that produces 138 horsepower on the track.

Similar figures are expected to be carried over to the special, road-friendly edition of the model. This sadly isn’t the long-awaited official return of the Daytona, but maybe this will be a gateway to it. Triumph has seemingly already opened its bookings, so a phone call to your dealer is in order to secure your Daytona. Fine, Triumph, we’ll take a limited edition Daytona 765. For now.  But we’re watching you.