This Crate-Fresh Harley WLA Engine Is A Bike Builder's Dream 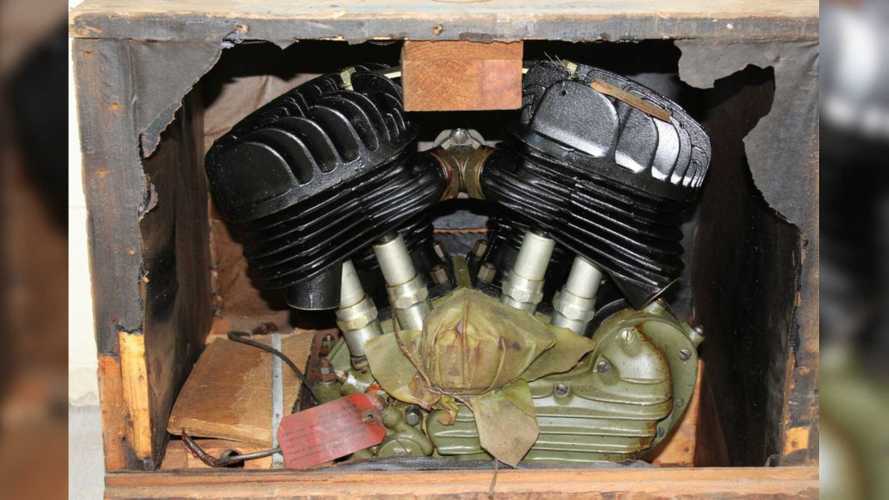 Buy it now before someone else does if you want it.

Every time you think, “That’s it, we found the last barn find. How many more barns can there be?” someone always finds another barn with another cool thing in it. Usually it’s a cool old bike or car sitting alone covered in dust and bird poop, but sometimes it’s a weird, rare treasure that you don’t see every day. For example, someone recently dug up this 1942 Harley-Davidson 45 WLA engine still packed in its original crate.

'Til The Cows Come Home:

Currently listed on eBay, this engine was intended to be quickly and easily swapped into a WLA with a bum engine in the field. As such, it was already timed, sealed into its crate, and ready to go. The seller believes the little box you can see inside is the carburetor, but can’t say for sure because he didn’t open it.

According to the National Motorcycle Museum, over 88,000 Liberators (as the WLA was called) were built after America entered World War II in 1941. Around 30,000 of this initial run ended up in Russia as part of the Lend-Lease program. Production of WLAs started again between 1949 and 1952 for military use during the Korean War.

As any WLA historian will tell you, most WLAs produced after Pearl Harbor have “1942” in their designation, no matter what year they were actually built. Similar but slightly different WLCs were produced for Canadian military forces. However, even though Harley supplied bikes for both US military forces and our allies, there still ended up being a surplus of parts during peace times that were sold to civilians—and sometimes, to returning veterans who remembered their military WLAs fondly.

eBay seller Mark has posted as many great photos of the contents of the crate as he could get without removing the engine and assorted included bits from it. You can Buy It Now for $13,500, but he’s also accepting offers. Currently, there are 660 watchers keeping an eye on this auction. As you might imagine, the whole thing is far too heavy to ship via your standard shipping services, but you do have the option to pay for freight if you’re not local. If you do happen to be local to Mark, he is very kindly offering free pickup.