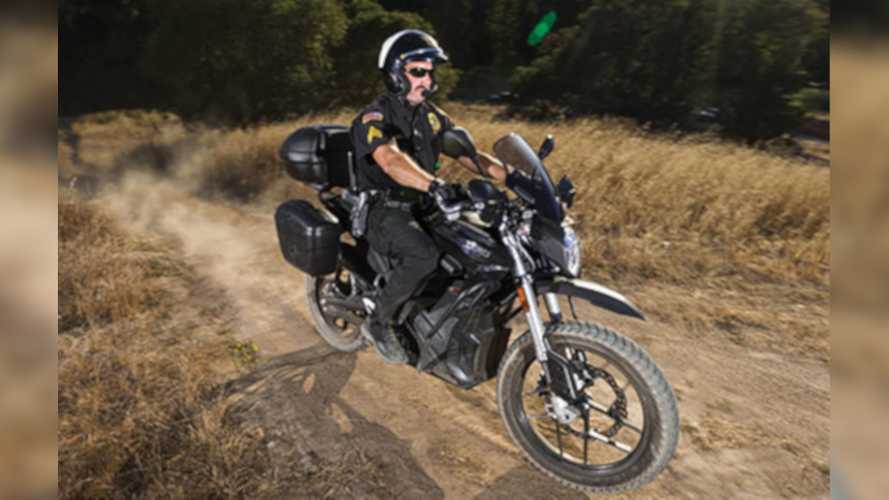 Turns out electric bikes are now making great patrol vehicles across the country.

Mississippi State University’s police department just became the latest law enforcement organization  to invest in a brand-new form of patrol vehicle: two shiny electric Zero Motorcycles. The department is interested in supporting safety on campus, as well as environmental sustainability. While patrolling on foot or by bicycle works in some situations, neither is consistently great for quick response times, reported the Columbus Dispatch.

Step Away From The Gasoline Pump:

The advantages for officers in running Zeros seem pretty clear. Near-instant power, extremely low maintenance, and incredible stealthiness are all great selling points. Packing all that capability into a relatively lightweight, nimble enduro bike seems almost ideal for that purpose. It’s for these reasons that Clovis Police Department Corporal Richard Ashcraft told Fast Company that the Zero DSRP has completely shifted how his department works.

“It makes it easy to jump up on curbs or pass through fields or orchards or whatever we might encounter in our area,” Ashcraft told Fast Company. “They’re so quiet you can sneak right up on someone in an alley selling drugs or doing anything else illegal. They have really changed how we patrol.”

In November 2018, Fast Company noted that Zero currently has fleet vehicles in 125 police departments across 25 US states, and an additional law enforcement presence in two Canadian provinces. The publication also quoted Zero sales director Kevin Hartman as saying that the company was adding about two departments per month at that time.

Zero currently sells two law enforcement fleet-specification models: the Zero DSRP and the Zero FXP. The lower-specced model of the two—the FXP—offers a range of 88 miles per charge city, and 51 miles per charge highway. Top max speed for this model is 85mph, while sustained top speed is 70mph.

The higher-specced DSRP offers a range of 157 miles city, 88 highway. Top max speed for this model is 102mph, while top sustained speed is 90mph. The DSRP can also be equipped with a Power Tank option, which extends the range to 196 miles city and 110 miles highway.

Plenty of police fleets have used and will continue to use Harleys, of course. What remains to be seen is whether the fleets that have been loyal to Harley decide to go electric with LiveWires over Zero models in the future. A Zero DSRP weighs around 450 pounds, while a Police Road King weighs in at a hefty 842 pounds. Obviously, there are plenty of other points of comparison, but the comparative light weight and maneuverability of Zeros simply can’t be ignored.

All photos courtesy of Zero Motorcycles.