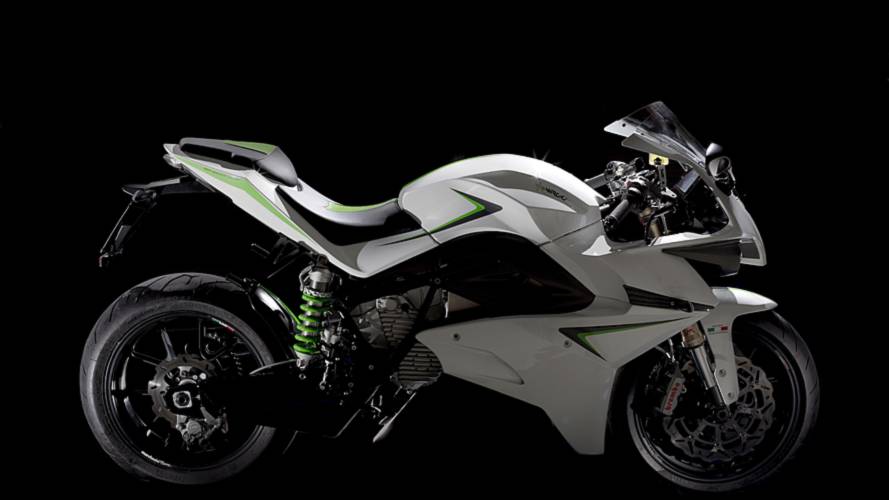 Us: Electric Bikes Are Too Expensive. Energica: Hold My Wine.

Energica just announced that it’s teaming up with Dell’Orto SpA to develop and produce a completely new power unit for a range of small and medium-sized electric motorcycles with power ranges from 8/11kW to 30kW. You know what this indicates: A strong likelihood of small- and medium-sized Energicas that will presumably also be more affordable.

The Next Lane Change Assist Could Be Coming From Energica

We’ve heard a lot about the Energica Ego, that beautiful but not particularly new-rider-friendly that’s currently pinning down the single-make FIM Enel MotoE World Cup series in a very lightly modified form. Dell’Orto is an even more familiar name to both motorcycle and car enthusiasts, because they’ve been around practically forever.

The Italian company started making carburetors back in 1933, for motorcycle manufacturers including Moto Guzzi, Benelli, and Piaggio. Around 1960, after developing their carburetor technology for a few decades, they expanded to making units suitable for cars. Ford, Lotus, Lancia, Alfa Romeo, and Innocenti are just some of the manufacturers that relied on Dell’Orto units in their vehicles.

Pretty soon, they were making industrial-type engines as well, for lawnmowers and other similar equipment. Basically, they’re the kind of company where you might have one of their products inside another product you own and possibly not even know it unless you wrench on it.

Throttle bodies, ECUs, EFI systems—you name it, Dell’Orto has done it over the years. As tides are currently shifting toward electric motorcycles (and yes, cars as well), it’s therefore a logical conclusion to expect Dell’Orto to stake its claim in this space, as well. As a company, they need to evolve to stay competitive, so that’s what they’re doing. Partnering with Energica makes a lot of sense for both companies, and should hopefully yield some intriguing results.

Watching MotoE and seeing a bunch of Ego Corsas racing around doesn't hurt, either.

Ever since Harley-Davidson’s specs, marketing plan, demo ride stories, and pricing for the LiveWire were released, I’ve heard a lot of people say they’d rather have an Energica Ego for the same money. Obviously, opinions will vary, and the fact that motorcycle purchases can be deeply emotional choices doesn’t help.

Still, it’s interesting timing that Energica chose to announce this hot on the heels of all the Harley LiveWire press hitting the streets at once. Was this timing carefully planned, or mere coincidence? I suspect we’ll never know for sure, but I still can’t help but wonder because it seems awfully...convenient.

Riders who are thinking about going electric: “Hey, it’s great that more options are coming out, but can’t we get something a little less expensive and a little more beginner-friendly?”

Energica: “Step into my showroom, kids; I’ve got something to show *you*!”

OK, maybe not exactly like that, but you get the general idea. No, I haven’t forgotten about Zero. The least expensive Zero models, the Zero FX and FXS, both start at an MSRP of $8.5K in 2019, depending on your battery choice. That’s not bad, but more competition in the segment certainly wouldn’t be a bad thing for riders—particularly beginning riders.

The Zero FX is great, but also, not everyone wants a dual sport.

Competition often drives innovation, and innovation—especially regarding the single biggest pain point in electric vehicle development, battery tech—is sorely needed to make the electric market stick. According to this agreement, both companies share jointly in development costs and responsibilities, and will also split any resulting revenues 50/50.

Both companies see huge room for potential growth in the segment, and feel their goals will best be achieved by working together. While we don’t know for sure what this will bring, the idea is an exciting and intriguing one, and we can’t wait to see what small and mid-sized designs come out of it. More importantly, we can’t wait to ride them—but of course, we don’t want to get too far ahead of ourselves without properly charging our batteries first.