Check Out These Amazing Bikes From The Suzuka 8 Hours Auction 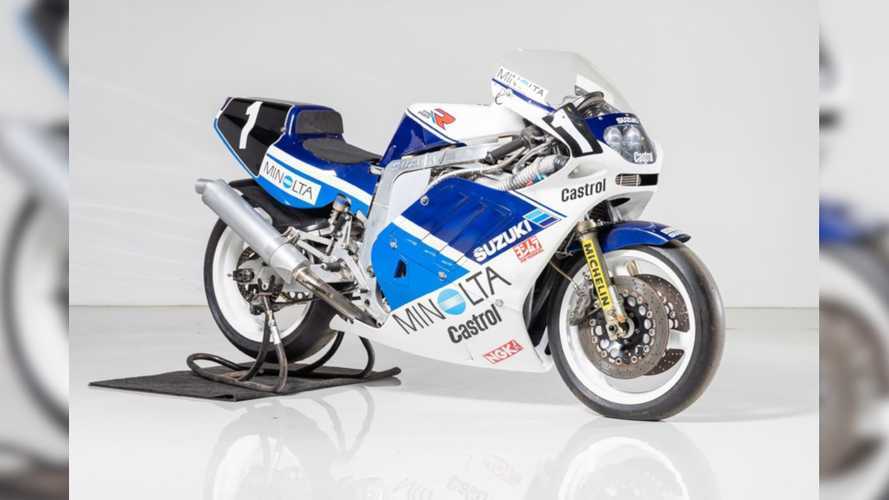 Each bike in this auction is more beautiful than the last.

Are you ready for the 42nd annual Suzuka 8 Hours endurance race? It’s exciting every summer—and compared to other endurance races, 8 hours seems relatively easy to handle as a spectator. This summer’s event is going to be the most spectacular yet. In addition to racing, the world will see the event’s very first collector bike auction. The number of bikes included is small, clearly stressing quality over quantity. You’re gonna want to take a look, for sure.

Fans of some of the finest two-wheelers to ever come out of Japan will of course want to look—but it’s definitely not limited to only Japanese bikes. In addition to the likes of a Kagayama Katana-R 1000 and a 1982 Honda RS1000 Racer, you’ll also see a Benelli 900 SEI, a Ducati 900 MHR, and even a random 1934 Velocette.

Here’s the full list of bikes that will be auctioned:

Some of these bikes have significant details listed about their builds and racing heritages, while others don’t. For example, RC45 frame number RC45-1000013 raced in the FIM Endurance World Championship Series “Coca Cola” Suzuka 8 Hours Endurance Race of 1995, and was registered in 2000 and then deregistered in 2003 for riding on public roads in Japan, where it has lived in the owner’s garage ever since. It features a complete HRC NL5 engine, and comes with that official deregistration certificate if the auction winner ever wishes to prep it for road use again.

Please do yourself a favor and experience the sheer joy of looking at these bikes with me. Be sure to go to the official BH Auctions site to read the detailed information they’ve made available on certain listings. Not all bikes currently have estimates, but most do.