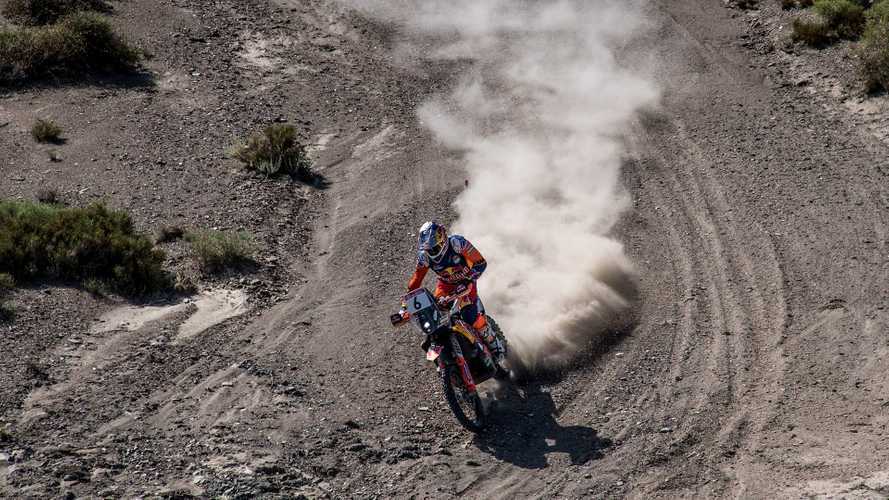 More wins for the Bull-crew.

It’s a good year to be on the Red Bull KTM factory racing team. Earlier this year, the Bull-crew lead by Toby Price won the 2019 edition of the legendary Dakar rally. From South America to Asia, the team has now taken the win at the Silk Way Rally.

It's a Good Year For KTM:

Saying that KTM is dominating the rally scene at the moment is a bit of an understatement. The factory crew racked up its 18th consecutive Dakar win in January 2019 with pack leader Toby Price finishing first in the motorcycle division with a broken hand. After some controversy and a cancelled penalty, teammate Sam Sunderland followed closely with a third position.

The Red Bull KTM crew was back in action for the Silk Way Rally, a 3,100-mile race through Russia, Mongolia, and China over the course of ten days. This time around, KTM had three riders entered in the motorcycle category: Sam Sunderland, Eulalia “Laia” Sanz Pla-Gilibert, and Luciano Benavides. Sunderland lead the KTM charge and by the time the competitors reached China, he had a comfortable advantage over his opponents.

He won three of the nine stages and ultimately finished first overall in the motorcycle division, taking the win for the 2019 event. Benavides who took the eight place at the 2019 Dakar finished fifth overall and first in the Junior division. As for Laia Sanz, the Dakar Women’s Category champion, she secured the seventh overall position. This was Sanz’ first race in the FIM Cross-Country Rallies World Championship.

Sunderland, who also finished first in the first event of the 2019 FIM Cross-Country Rallies World Championship in Abu Dhabi, is also currently in first place of the World Championship with Benavides hot on his trail with a current third place. There are two more events on the calendar, the next one coming in September in the Atacama Desert.