2019 Kawasaki Ninja ZX-6R: Everything We Know 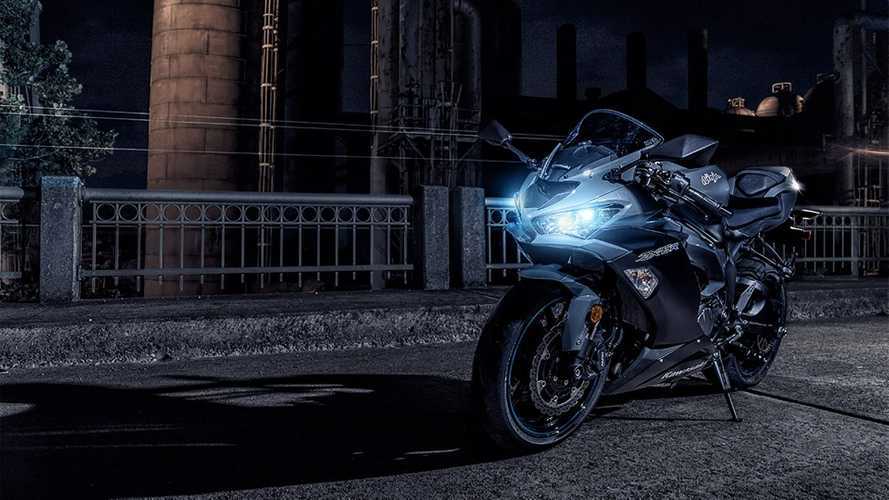 The baby superbike gets a few upgrades for 2019.

Kawasaki is jealously guarding its share of the sportbike segment with its continuously improving lineup of Ninjas. For 2019, Team Green not only introduced a small selection of entirely new models, namely the Z400 and the W800, but also gave some of its sportier offerings a little upgrade. The Ninja ZX-6R, ZX-10R, and H2 received a few tweaks to churn out more power, meet emission standards, and ultimately stay on top of the sportbike game. The mid-range ZX-6R received the most significant changes, so let’s have a look at what’s new.

The most obvious update on the 2019 ZX-6R is the look. The fairing of Kawasaki’s smallest superbike was injected with a bit of H2 DNA, integrating the mandible-like lips at the front of the cowl, underlying the new LED headlights. The tail end is also reworked, now integrating an LED taillight. The bike’s new design gives it a slimmed-down appearance compared to the 2018 model. A new, more comfortable saddle shape completes the look. The new saddle design includes the release of the rider’s seat rather than the passenger’s for easier access to the battery.

The four-pot 636cc mill that underlines the mid-range superbike remains virtually unchanged. A few internal tweaks allow the model to now meet Euro4 emission standards. These mods include new ultra-fine atomizing injectors meant to optimize the combustion. Kawasaki adds that “precise settings contribute to a reduction in engine emissions, while ensuring that power and torque feeling are improved,” though there’s no explaining what the “precise settings” are.

The company also explains that gear ratios have been optimized to improve low-end power. Speaking of gears, the upgraded supersport model keeps its six-gear transmission, but receives Kawasaki’s proprietary quick shifter as standard equipment. This system allows the rider to upshift without pulling the clutch lever. Downshifts, on the other hand, still require the clutch to be engaged.  As for the clutch lever itself, it now offers five levels of adjustment to better adapt to the rider’s requirements.

The updated ZX-6R rides on the same suspension as last year’s model, a 41mm inverted Showa fork at the front and an adjustable bottom link Uni-Trak shock at the back. Stopping power is provided by two 310-mm petal discs teamed with four-piston Nissin calipers at the front and a single 210mm petal disc pinched by a single-piston caliper at the back. The model is also offered with optional ABS as well as a three-level traction control system. The 2019 ZX-6R also receives an updated display that features a new tachometer.