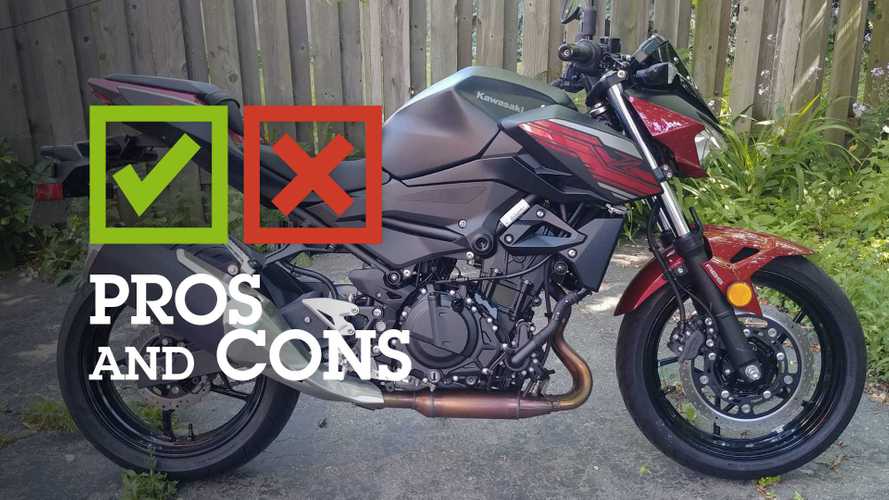 The good, the bad, and the buzzy.

As we expected following the introduction of the new Ninja 400 last year, its naked counterpart wasn’t far behind. True enough, Kawasaki unveiled the upgraded Z400 for 2019.

A Little More About The Baby Z:

We had the chance to take the baby Z out for a proper spin and see just how well it fared compared to the Ninja but also in general. The small 399cc parallel twin is a capable mill able to tackle highways as well as urban settings. So what does $4,799 get you? Let’s have a look.

The Kawasaki Z400 is extremely lightweight. It’s in fact one of the features the company focused on at the launch. It weighs in at a tiny 363.8 lb which makes this Z easy to maneuver and toss around. I stopped counting the number of times I just wanted to put a handle on it and carry it around like a suitcase. Ok, that’s a little exaggerated, but you get the idea.

Sitting on the small Z, you feel right away just how nimble it is—walking it around for parking almost felt like straddling a bicycle rather than an actual motorcycle. This makes it a great option for the city when you have to fit in tight spaces.

Speaking of weight, the format of the model makes it an excellent starter bike. I’ve often debated that 300s weren’t such great starters simply because of their limitations—new riders didn’t really have a chance to grow with the bike. They instead outgrew it rapidly after only a season or so, forcing them to get back on the market to find yet another bike that would allow them to keep learning. That’s an issue I found with the former Ninja 300 and Z300, but the company addressed this situation by upgrading to the 400 mill—a great decision if you ask me.

The little engine is a lot more potent and versatile than its predecessor (obviously), which gives a new rider more to work with for longer. It might only be 100cc difference, but it's enough to make the bike go from niche product to actual good starter.

Ultimately, the Z400 is a fun little bike. It’s zippy and light enough to deserve of a two-wheel go-kart comparison. Take offs are easy and provided you don’t go over 7,000rpm, it’s even a capable little highway warrior. It has a great personality, is easy to get on, and it will make every ride a good one. All that fun for less than $5,000, sign us up!

While the Z400 is a really neat little guy, it does have certain flaws. To begin with, the suspension on that thing is pretty rough. Imagine that: it's actually a bit softer on the Z than it is on the Ninja. If that's softer...

If you’re riding in areas where harsh winters mean streets suffering from seasonal acne, you’re going to feel it.

Yes, I mentioned that the little mill is pretty capable even at highway speeds, but that doesn’t mean it doesn’t get a little buzzy. Compared to, say, the Yamaha R3 that’s not afraid of revving way up high without making you pay for it too much, you do meet the Z400 limitations a bit earlier due to the feedback you get in the grips. It's not to say it won't go there, you'll just feel that the bike is working overtime.

While generally speaking, the Z400 isn’t an uncomfortable ride, the sportier stance it imposes on the rider can become a little tiring. This definitely is a commuter’s bike, not a long-haul one. Granted, the hands are positioned higher up, however, the knees remain bent at a pretty steep angle, an inconvenience if you’re going to try to stand up to avoid getting spanked for going over a bump.