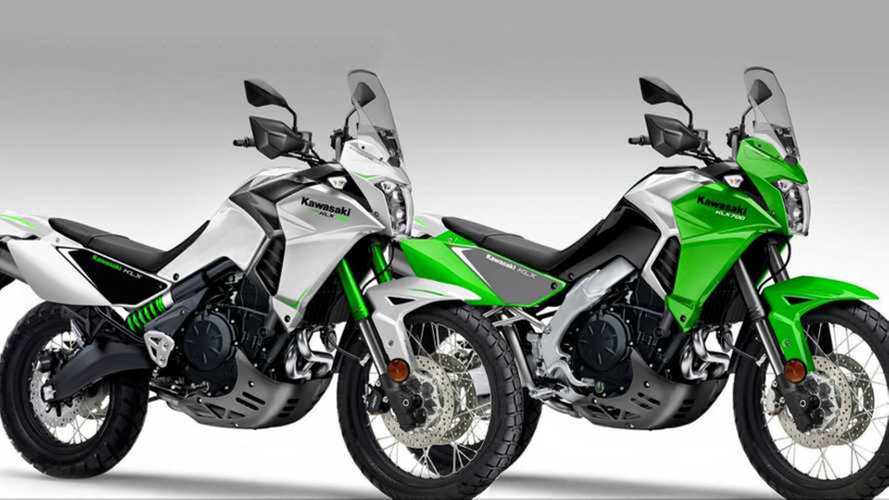 Aside from actual new models, one thing we love to cover are rumored models. While they don’t always become a reality, some of them do, and there's something utterly fascinating about tracking the rumor’s evolution and timeline.

While 2019 was a busy year for the rumor mill, 2020 is shaping up to be a good one as well if any of these potential models make it to the market, we’re in for a treat. Here are some of the rumored motorcycles we might—or might not—see introduced for 2021.

Boy, oh boy! This is the one that got me the most excited. If you’ve never heard of the KLR650, it’s considered one of the most versatile motorcycles on the market. The model was pulled in 2018 and we’ve been waiting for Kawasaki to come up with a dual-sport replacement ever since.

Our colleagues over at OmniMoto reported that one of their sources suggested the KLR would get a descendant, based on Team Green’s dual-purpose KLX platform. The fact that every time we brought the model up to someone at Kawasaki, they’ve all had the same, quizzical reaction, something has to be in the works!

When you think about a Harley-Davidson competitor, Indian is usually the name that comes to mind, not Honda. Team Red could be about to change that, however—or at least attempt to. Earlier in 2020, reports by Honda surprise-spoiler extraordinaire Young Machine suggested the manufacturer is developing a one-liter version of its Rebel cruiser.

The bike would use the CRF1100L’s new 1,082cc parallel-twin mill and features high-end components. I’m not sure how exactly that’ll measure up to a big American V-twin, but a full-size Rebel should be an interesting addition to the segment.

This rumor has been around for well over a year. In fact, amid the whole “bigger Africa Twin” buzz of 2019 that hinted at the model’s upgrade, the rumor also suggested that upsizing the flagship adventurer created space for Honda to introduce a mid-size version.

In March 2020, Motorcycle News added fuel to the fire. Citing anonymous “MCN sources”, the popular U.K. publication confirmed that an 850 Africa was in fact in the works and that it would be built on a modular chassis, as an evolution of the NC750X rather than a downsized CRF1100L. The site suggested the bike would debut at EICMA but the event was canceled this year due to the pandemic so who knows when (and if) the model will launch.

Back in the 80s, Team Blue introduced the quirky FZ750, a sportbike that featured an inline-four engine armed with five valves per cylinder. While an unusual setup, it worked for the company, and reviews of the model were vastly favorable.

Nowadays, one of Yamaha’s most exciting engine is its 847cc inline-triple used in the MT-09, among other things. So good, in fact, that according to Young Machine, the manufacturer could be working on an FZ750 revival based on the MT-09. The Japanese publication also suggests the model would adopt an old school sportbike flavor. A sort of vintage-looking R9 could definitely spice things up for the company.

Kawasaki momentarily became everyone’s favorite brand when it introduced the ZX-25R. For some reason, a 250cc inline-four bike got everyone’s engine running. As things currently stand, the ZX is the only model of its kind currently on the market, but that could be about to change.

In July 2020, rumors out of Asia surfaced, suggesting Yamaha wasn’t about to let Kawasaki get all the small-bore four-pot glory. Several Indian, Vietnamese, and Filipino outlets reported that we could soon see a ZX-25R competitor in the form of the YZF-R25M.

The CBR1000RR-R Fireblade might not stay alone in its triple R segment for very long. In addition to suggesting Honda also wants in on the 250cc, inline-four goodness, rumor has it that it is also developing a mid-size Blade, the CBR600RR-R.

The earliest reports from Young Machine mentioned the model was expected to launch during the 2020 Thai MotoGP weekend but with most races rescheduled, Honda had to figure out a new timeline. Recent rumors point to an August 2020 unveiling.

This isn’t so much an “if” as it is a “when”. Spotting the test mule out on the streets is now a weekly occurrence and everyone can’t help but wonder: when will Royal Enfield finally introduce the Meteor?

An early timeline suggested the new model would launch in June 2020. That obviously didn’t happen so expectations were pushed back by a month. As July comes to an end, we have yet to see the bike in its final form but we know it’s coming. We only have to figure out when it’ll be here.

Husqvarna hit a homerun when it introduced the 901 Norden concept at EICMA in 2019. Reception of the model was so enthusiastic that it didn’t take long for the Swedish company to confirm it would make it to production.

It looks like the maker could also be developing a 901 version of its Svartpilen flat tracker. Spy shots documented earlier in May 2020 suggest that a flagship could also be added to the Svartpilen lineup.

More spy shots! This time, the culprit is what looks like a new Triumph Speed Triple, armed with what could be a bigger new 1,160cc engine. After all, the House of Hinckley needs to update the model to make it Euro 5 compliant so this would be the perfect occasion to size the engine up a few notches.

The Bimota KB4 project is no big surprise—the Italian firm has been very transparent about its projects until now. With production of the Tesi H2 set to begin in September, the company announced that the unveiling of the KB4 is pushed back to the Spring of 2021.

While the Tesi borrows its powertrain from Kawasaki’s H2 lineup, the KB4 will instead use the Ninja 1000’s naturally-aspirated inline-four mill. The test mule was spotted out in the while back in May, 2020, so testing is underway!