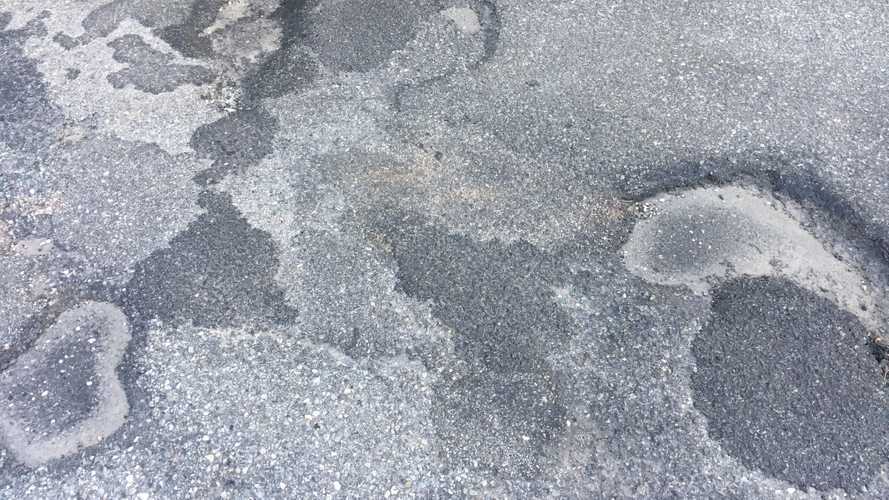 If only North American roads were considered so important.

A report by the Commons Transport Select Committee lambasted the government for the current state of England's roads, calling it a "national scandal" that this vital infrastructure has been allowed to decay to its current state, according to ITV.

Watch This Biker Sink into a Huge Pothole-Puddle of Doom

"The fact that the English local road network has been allowed to decay to the point where it would take more than a decade to bring it up to a reasonable standard is a national scandal that shows dereliction of duty by successive governments and individual local councils," says the report.

It will come as no surprise to any rider that shock absorbers, broken suspension springs, and distorted wheels are the most common problems caused by hitting potholes. Sending bikes airborne or swallowing them entirely are less common issues, but both have occurred as well.

"We know potholes are a nuisance and a hazard for all road users, particularly for cyclists and motorcyclists," a government spokesman told ITV. It's great to see everyone involved agreeing that poorly maintained roads do pose a significant hazard to us, not to mention the inconvenience of broken parts as well as rattled bones from riding over them.

Road repairs are handled on a state or town level here in the US, which often leads to problems regarding who is going to make the repairs as well as pay for them. I took the above photo on a road I frequently travel in Massachusetts which hasn't been touched since the frost heaves and snowplows went away for the summer. If you look at it the right way it might resemble the Mines of Moria or the surface of the moon. All too often I've seen disputed territory on town or highway department lines get sorely neglected to the point of being nearly impassable, with each department feeling it's the other's responsibility. Everyone loses in this case, especially the hapless motorists who must travel these roads every day. Unfortunately, short of switching to a dual sport, there's little we can do about it besides plant flowers in them, draw crude pictures around them, or throw a birthday party for them.